When Rachel moved to Nashville, Tenn., she didn’t know a soul in her new hometown. That was fine at first — she considers herself very independent, and was happy exploring the city and heading to concerts solo. But there was one problem. She knew intramural soccer season was approaching, and she wanted nothing more than to play. But finding and fielding a whole team would’ve been tough even if she had a full address book of local friends!

“I realized I had to get creative,” said Rachel, who works as a marketer.

So she turned to Bumble BFF, the friend-finding mode within the Bumble app, and set up a profile, making her intention clear: to find other women seeking to start a co-ed club team.

Tylar, another Nashville newbie, was idly swiping through Bumble BFF when she stumbled across Rachel.

“I had kind of given up on the idea of playing soccer since the season was starting in literal days,” Tylar said. But there Rachel was, with a bio that spelled out just what she was looking for: new teammates to join her in a match the following Tuesday.

Once she’d found enough women for her team on Bumble BFF, Rachel used other dating apps (albeit a little unconventionally) to find some male players to fill out the squad.

Days later, Rachel, Tylar, and their 11 teammates met for their first game. “We were quite unprepared, with no cleats or shin guards,” said Rachel. But by the fifth game of the season, they’d hit their stride. They also became bona fide friends, heading to local bars for beers after games and watching the U.S. Women’s National Soccer Team dominate the World Cup over the summer. 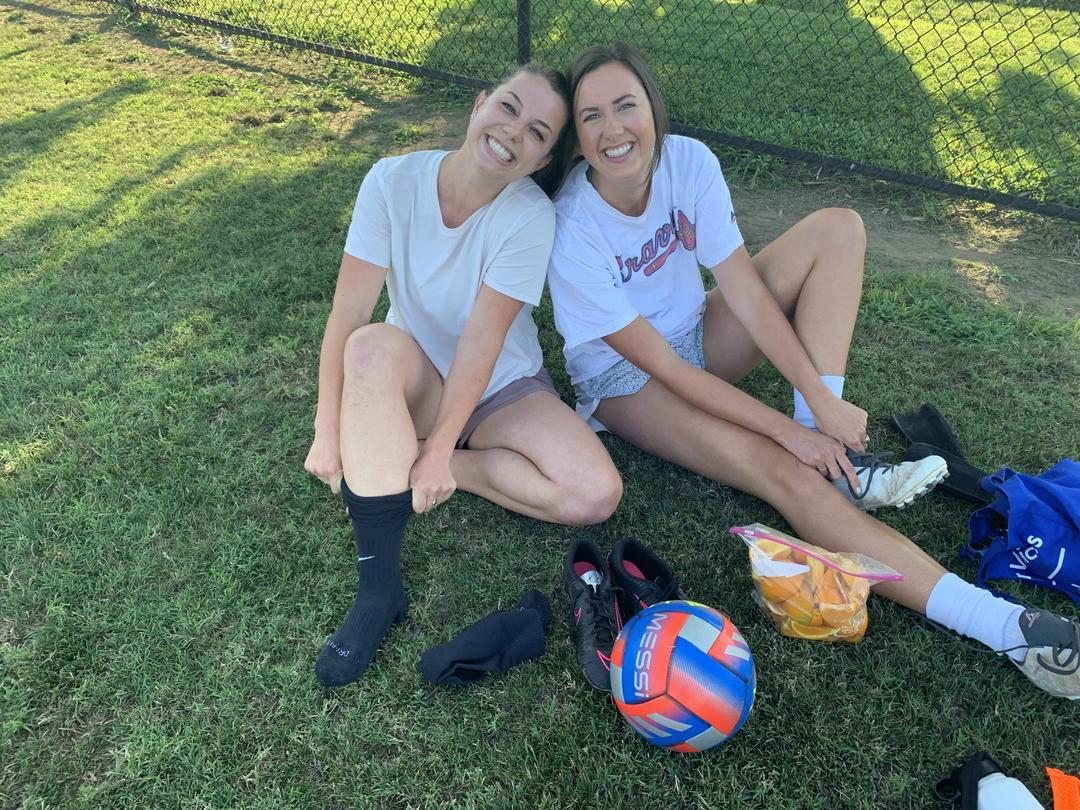 Tylar and Rachel especially bonded. “Right after we started talking I was going around telling people in my life — coworkers, friends from home — that everyone needs a Rachel in their life,” Tylar said. “She’s just always coming up with little ways to make everyone around have a great time.”

That includes sending pre-game pump-up text messages and bringing post-game snacks for the whole team. (They’re partial to Capri Sun.) Next season, it might be Tylar’s turn: “I’m going to surprise the team with snacks one of these days!”

Rachel feels validated that she both managed to build a soccer team using Bumble BFF and make like-minded new friends in her adopted hometown.

“At first I was really embarrassed about not having enough friends, but everyone on the team actually thanked me for putting this together,” she said. “They felt the same feelings of being in a city with lots of young people, but no way to meet them.”