The term “stealthing” may be relatively new, but the practice itself sure isn’t, with 12% of young women reporting that they’ve experienced it. Stealthing means removing a condom without verbal consent, and it’s a violation in every sense: of dignity, and of bodily autonomy. It can result in disease, unwanted pregnancy, and—of course—emotional trauma.

Still, until recently, there was no legal recourse for victims of stealthing in the U.S. In October 2021, California became the first state to ban non-consensual condom removal, designating it sexual battery.

As a brand and company founded to empower women, Bumble has been involved in legislative efforts before, working closely with bipartisan lawmakers on a successful bill to ban the unsolicited sending of lewd nude images in Texas in 2019.

Now, we’re backing anti-stealthing laws, having supported Assemblywoman Cristina Garcia, the author of the pioneering California bill AB 453. California Governor Gavin Newsom has now signed the bill into law, four years after Garcia first started pushing for a crackdown on the act of stealthing. (Read Bumble’s letter to Gov. Newsom in support of AB 453 below.)

There are pending anti-stealthing bills in both New York and Wisconsin. Bumble supports these efforts to protect and empower victims and hope other states follow suit.  As Assemblywoman Garcia herself said, “One down, 49 to go.” 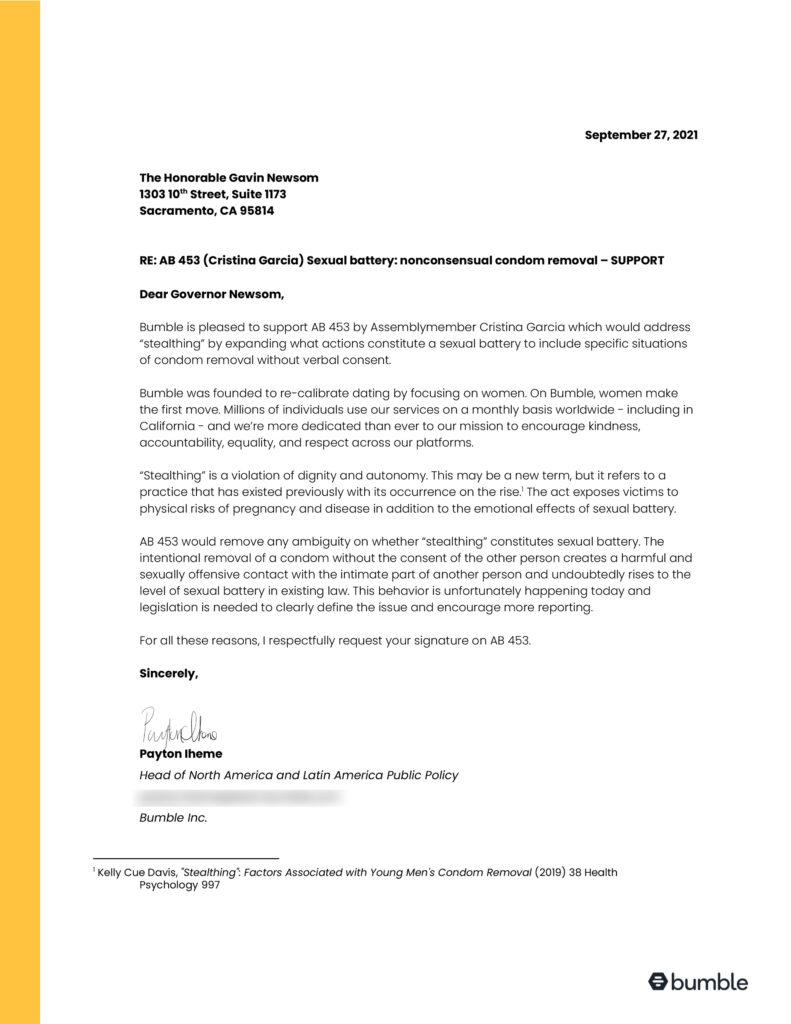