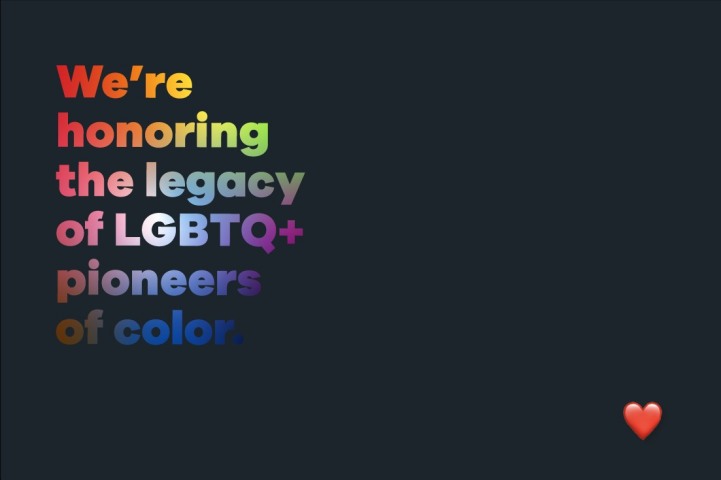 Bumble Wants to Donate $5,000 to Your Favorite Intersectional LGBTQ+ Organization—Here’s How to Apply

June is Pride month and while yes, it’s a great time to celebrate the LGBTQ+ community (which we should all be doing every month), it’s also a great time to volunteer for, or donate to, organizations that support the LGBTQ+ community by doing things like combating discrimination, advocating for political reform, and providing mental health resources.

But this year, we all have to do things differently. Not only is the world dealing with the coronavirus pandemic (which means that most IRL Pride events have been cancelled), but the Black Lives Matter movement is finally getting the attention it deserves. Hundreds of thousands are currently fighting to end state-sanctioned violence against Black communities and calling for justice for the many Black people who have been senselessly killed by police.

So this month, we can’t support Pride without acknowledging the intersection of the LGBTQ+ movement with the Black Lives Matter movement. Many queer Black activists have been on the frontlines of these fights for fundamental human rights for decades, and the Stonewall Riots—which are widely credited with starting the gay liberation movement—were an uprising in reaction to police brutality against LGBTQ+ people. It was the same kind of unacceptable police brutality and abuse of power that we’re still seeing today, only now more focused on Black, Indigenous, and people of color (BIPOC). (For more about how BIPOC have led the fight for LGBTQ+ rights, check out resources here and here)

At Bumble, our job is to ensure that our community—no matter their sexual orientation or gender identity—can love freely and safely. But in order to do that, Black members of our community must first be able to live freely and safely. So in honor of Pride, we’ll be donating to LGBTQ+ organizations that are centered around supporting BIPOC, donating up to $5,000 to select organizations. And we want your help finding places to support! We’re not just looking for nonprofits; we also want to hear about bail funds for Trans BIPOC, mutual aid funds, and any other organized effort that takes an intersectional approach in supporting the LGBTQ+ community. To nominate an organization, just fill out the form below.