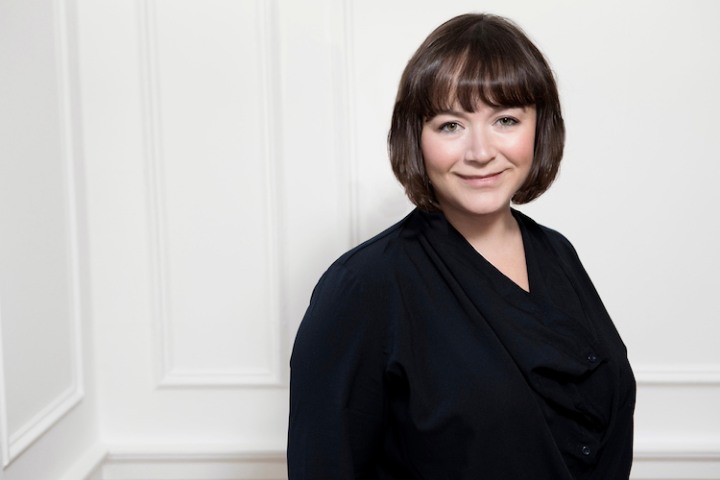 Find Your Voice: 5 Negotiation Tips from the Woman Who Literally Wrote the Book

Each month, we'll tap an influential entrepreneur to have a private conversation with a Bumble Bizz user looking for advice. Stay tuned to the Let’s Talk Bizzness series to see who is offering their valuable time and knowledge next!

Negotiation has had an image problem for decades. It’s viewed as a complicated game in which those who can bang their fists the hardest and shout the loudest will come out on top. No wonder so many people avoid it or get it wrong.

That said, negotiation is one of the most important skills we can master. We negotiate every day, in many different ways, and with many different people. It’s a fundamental requirement in reaching agreement, resolving conflict, and succeeding in business — and in life, more generally.

I’m a passionate advocate for a new style of negotiation. As a negotiation specialist, I teach an approach that focuses on creativity, curiosity, and understanding rather than aggression and conflict. My approach doesn’t ask you to sacrifice your ambition or desire to succeed; I simply get people to negotiate in a way that allows them to win — without actively trying to make the other side lose in the process.

As it extends well beyond the business world, I believe negotiation is a tool for empowerment and change. If we can get more people negotiating in the right way, the ripple effect could be huge. We also know that outcomes are improved when women have a space at the table. Better negotiation could lead to better business, better politics, and, ultimately, a better world.

I designed the following DEALS approach to highlight the key steps you should take every time you plan for and carry out a negotiation:

Before you get anywhere near the negotiation table you need to discover as much as you can about the issue up for discussion. A common mistake is we often go in without the insight we need. Do you know who will be involved? Are there industry baselines you can look at? What are the salaries in similar companies? Try and uncover as much as you can about what might influence the discussion. Seeking the views of those your trust can be helpful at this stage as we tend to always focus on the same issues when doing our research. Think broadly and creatively.

Establish: Know when you’ll walk away

Establish what your key priorities are, as well as what theirs might be. To create a win/win outcome you need to understand what success looks like for them also. If they feel they have won, they are more likely to help you win too. You also need to establish your breakpoint or walk-away point. Once you’ve established it – stick to it! In the heat of a negotiation we often agree to things we wouldn’t if we were more calm or confident.

This is about making sure you make your proposals in an ambitious but credible way. The more you talk about what you want and why, the more likely you are to get it. In a salary negotiation, ask for slightly more than you need to give yourself wriggle room to explore what they might be willing to give you. If you can, try and make the first move in the negotiation. Anchoring is a phenomenon that means we are often overly influenced by the first number put on the table and, thus, more likely to finish closer to it. Don’t worry if you don’t manage to go first though. Instead, recognize the best way to beat their opening proposal is to make one of your own.

This refers to taking the lead in the negotiation. Be confident. Take a deep breath and speak calmly and professionally. Don’t allow your emotions to control you. Remember that even the most confident of people often feel awkward and nervous when negotiating; they’re probably just doing a better job of hiding it! If negotiating as part of a team, understand everyone’s role within that team. Assign roles, be clear on who does what, and when.

Seal: Don’t immediately give up

When sealing the deal it’s essential you don’t give up at the first ‘no.’ Remember that how you respond to rejection defines you as a negotiator. If you hear a ‘no,’ view it as your invitation to ask more questions, be more creative, and suggest more solutions. Never forget: When life shuts a door, open it again. It’s a door. That’s how they work.

One Thing That Isn’t Negotiable: Self-Care, and Science to Prove Why You Need It

Natalie Reynolds is bestselling author of We Have a Deal and founder of the Make Your Ask Project, an initiative to make negotiation skills available to as many people as possible. She continues to teach negotiation courses at leading companies and business schools around the world.