Ariel Pasternak is the founder of Pineapple DC, an events-based business she created to explore a more equitable food system. What began as a vision is now a full time job for Ariel. Pineapple took on a life of its own after a number of very successful events headlined by some of the most prominent women in the food space.

We sat down with Ariel to chat about everything from her early beginnings to where she is today. Her story is proof that community, a strong support system, and cheering one another on will pave the way toward a more beautiful world for women.

Ariel: “When I was a little girl, my aunt once told me that when I ate something I absolutely loved, I should share it with anybody who would listen rather than keeping it all to myself. I found what I loved even more than discovering something delicious for myself was getting other people to love it just as much as I did.

Twenty years later, that’s kind of the reason I started Pineapple. Pineapple is a community for women in food and women interested in food. We curate events centered on the idea of creating a better food system together. At Pineapple, we believe admiring others and following your passion is important not only for your own intellectual expansion, but for building community. That’s why we “pine for” other women, ideas, brands, and destinations in the big world of food. This includes everyone from policymakers to celebrity chefs, from diverse fields such as agriculture to the power of fermentation, farms, and food banks.

We wanted to create a place where we not only shared our love for delicious food, but a love for the stories of other inspiring women.” 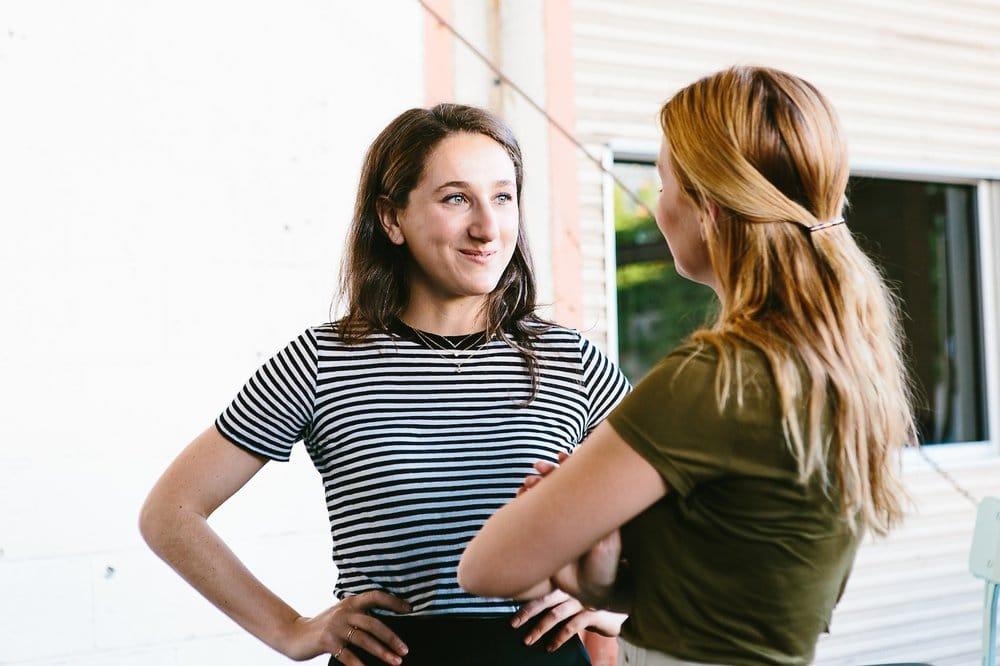 “In 2015, I moved back home to Washington, D.C. from New York City to help launch a seasonal vegetable taco restaurant called Chaia. Through Chaia, I began meeting other women who were also involved in food. I became very inspired by all they had accomplished. When meeting these brilliant women, I realized they had no idea one other existed even though they were all moving in the same space. I decided I had to do something about that.

Inspired by women’s groups in NYC, I wanted to bring these women together at events that highlighted and celebrated them, creating a de facto women’s D.C. food community. My idea of bringing women in food together actually started when I lived in NYC a few years prior; I hosted themed potluck dinners at friends’ apartments and offices. I knew I wanted to enjoy delicious meals with substantive conversations, so I invited women who were passionate about food, continued collecting business cards, and eventually created a really strong network.”

“I called our community Pineapple because I was inspired by the idea that a pineapple is a traditional symbol of hospitality. (And because saying ‘pineapple’ out loud sounds playful.) This is exactly how I see our community: We are a group of women who are serious about our passion for food and hospitality but don’t take ourselves too seriously. At Pineapple, networking, learning from each other, and all-around women’s empowerment is something that can be fun and enjoyable and well as powerful.

Since our start two years ago, we’ve grown to a community of 7,000 women. We’ve hosted over 40 events featuring amazing women throughout the industry. This includes everyone from Christina Tosi of Milk Bar to blogger Molly Yeh and many other local D.C. entrepreneurs, farmers, chefs, and more. With zero marketing budget we’ve grown to almost 7K followers on Instagram, created a private Facebook group with over 1,000 active members, and have had women in 10 different cities reach out to us about starting a Pineapple chapter where they live.

We’re continuing to build out our network, creating the opportunity for women to connect with other women they #pinefor, and setting a tone for how women interact with each other. Celebrating each other’s successes instead of competing with one another allows us to be the true leaders and collaborators we are.” 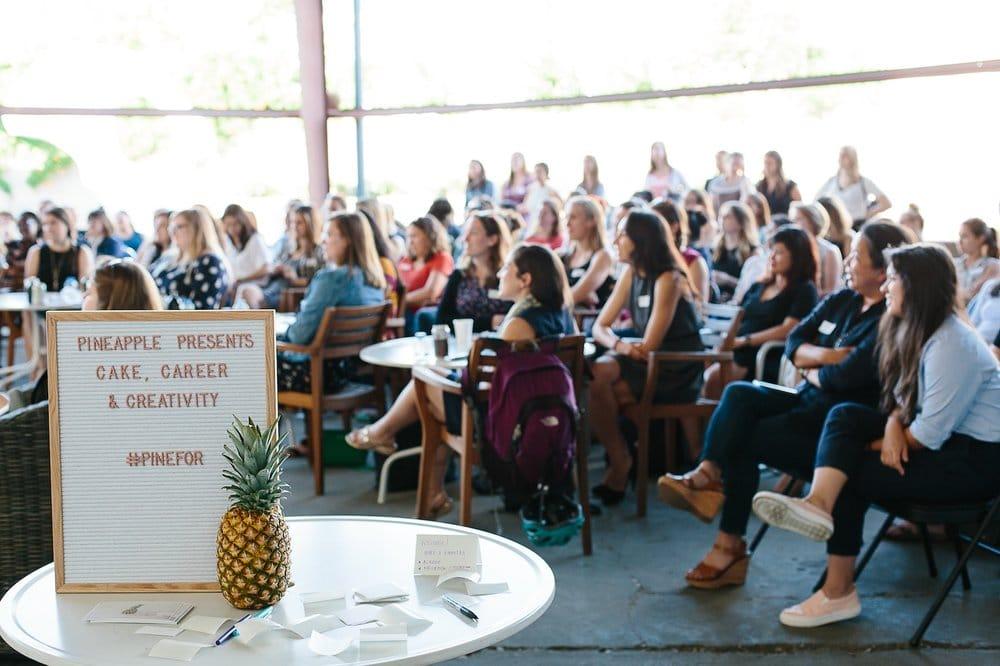 Building a Company through Community

“So, true life: I just quit my full-time job to focus on building Pineapple. Making the decision was terrifying due to my Type A, must-have-a-plan for everything personality, but to say I’m passionate about the intersection of women and good food is an understatement. I’m confident that now is the time to focus on growing this brand. I’ve always been entrepreneurial and knew I wanted to build my own company one day. There’s definitely a need for Pineapple, both in DC and beyond. We did our first pop-up in San Francisco with Bi-Rite Market in June 2017 are planning to launch in three new cities by the end of year.

Pineapple will continue to convene, connect, and catalyze our community of women in the industry and those who are interested in food. Though Pineapple’s “product” is events, I see a future where we can focus on building food and food-related products that fit within our mission to create a better, more inclusive food system through community building, both on- and offline.”

Thank you so much for speaking with us, Ariel!