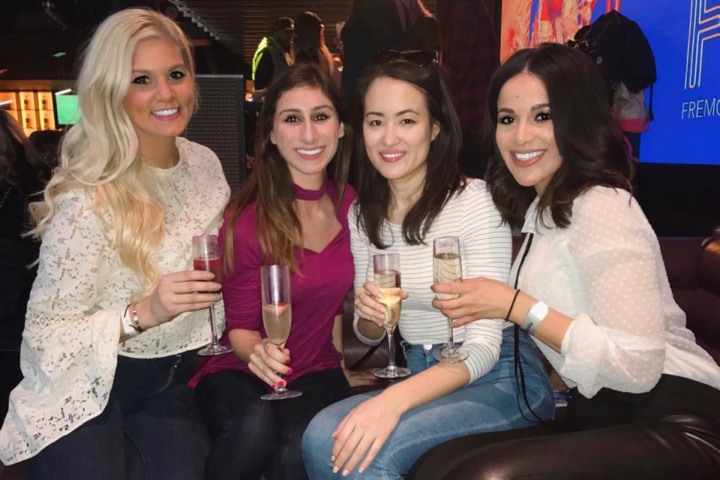 Lindsey thought she might find one new girlfriend on Bumble BFF. She ended up connecting with hundreds of women in Chicago! Below is her story in her own words:

"My life needed a major change! I decided to download Bumble to see what was out there. I heard about Bumble BFF but was a little skeptical. One day for some odd reason I decided to give it a try, because honestly - what did I have to lose?

After a handful of swipes, I called it quits. A few days later I had a message from this girl, Casey. She seemed super nice and we seemed to share similar interests. She mentioned she met her best friend, Ashley, on the app a few months ago and they wanted other girls to have the same opportunity. I loved this idea and mentioned they should start a Facebook group, making it easier for everyone to communicate and connect. I was a little hesitant at first to go meet up with strangers off the internet, but honestly I'm so glad I did!

Fast forward six months - that Facebook group has over a hundred diverse, fun loving girls from or recently new to the Chicago area. The group hosts monthly events ranging from brunches to nights out in the city to volunteer work. I have met some incredible girls I can now call my friends. This is all from an app!

But something freaky happened. Like something out of a movie. I truly believe certain people are brought into your life for certain reasons. At our last event 'boozy brunch,' one of the girls proceeded to tell me she was from Gibraltar and how she moved here a year ago. Before she could finish her thought, I freaked out because I had visited Gibraltar three years ago! She couldn't get over the fact that I had actually been there. Many people haven't even heard of it. I then had this epiphany and remembered waiting in the Gibraltar airport while a group of people began freaking out as if a celebrity was in our presence.

As an American, I had no idea who this girl everyone was taking pictures with was. She ended up being Miss Gibraltar. Of course, I ran over to her and asked for a photo myself! She was so beautiful and kind. I thanked her for the photo, uploaded it to my Facebook, and never thought about it again until that day. I showed this girl the picture and asked, "This isn't you, is it?" To everyone's shock, it was. Three years later and over four thousand miles away from where we originally met, we found each other. We all just sat there in this bar with our jaws on the floor in shock."

We love this amazing story and are so thrilled that Bumble BFF brought together such a great group of women! Thank you so much to Ashley for sharing this story with us.

Nothing makes us happier than hearing Bumble Success Stories. To submit your story, email stories@team.bumble.com!