With Bumble users in over 144 countries around the world, it’s hard to believe that this fast-growing community was once just the dream of one Texas woman. While we couldn’t be prouder of the movement Bumble has become, we’ll never forget the work it took to turn this vision into a reality. As our headquarters are based in Austin, we love taking time to celebrate our hometown entrepreneurs — individuals who personify dedication and drive.

In recognition of the many small businesses that make our hometown the city it is today, we sat down with three local legends to talk mentors, success, and advice for future entrepreneurs. 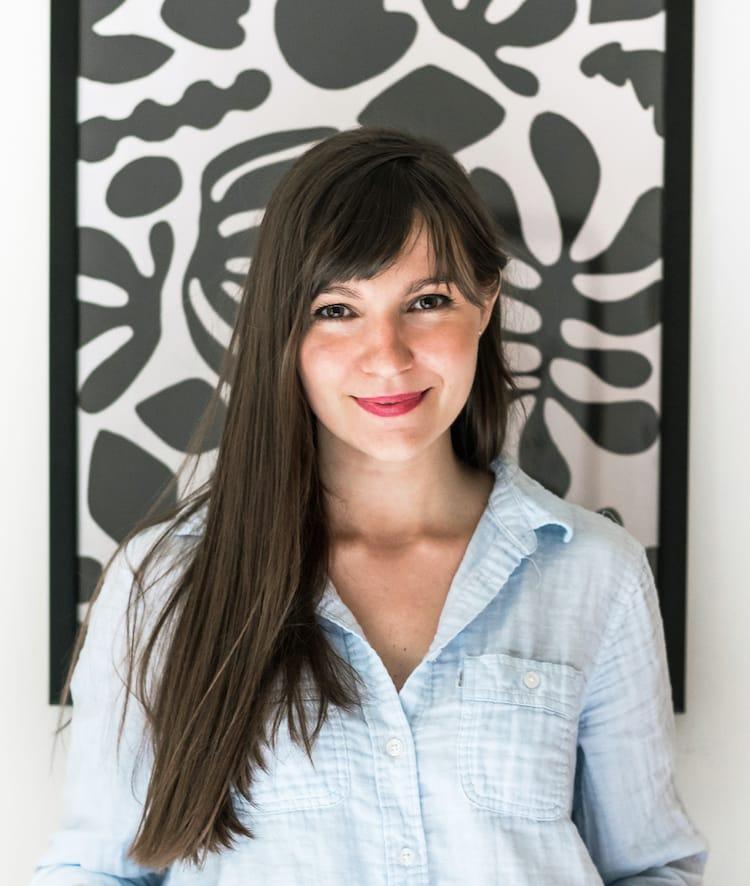 As a former child actress who grew up constantly surrounded by whimsical sets and stages, it’s no surprise that when it came to choosing a career, Kate Zaremba turned to design. After studying textiles in art school and discovering her passion for patterns, Zaremba’s funky wallpapers quickly became a hit, popping up in publications such as The Washington Post and Elle Decor.

With design names like “Meryl Stripe” and “Land of Women,” Zaremba’s creations reflect her quirky personal style while expressing her deeper dedication to women’s rights. “As an artist you strive to express your values through your work,” she says. From collaborating with British sleepwear company Sleepy Doe to taking on a recent project for a Washington D.C. restaurant, there’s no question that Zaremba has been successful.

But despite all the praise she’s received, her true joy lies in seeing the happiness her wallpapers bring to others. As she puts it, “By choosing wallpaper as my primary medium, I essentially get to create backdrops for people’s lives”.

What’s your best advice for young, aspiring entrepreneurs looking to run a small business of their own?

“Ask for help, and don’t expect to be able to do everything by yourself. Educate yourself about all aspects of your business even if you plan to bring someone else on to handle certain parts. If you are an artist hoping to create a platform for your work, be sure you understand how to source materials for the artwork you create so that you can price to sustain both you and your business. Your time is just as valuable as the materials you are making, so have a cost. Maintain a high standard for the good that you are making and selling, and remember that word of mouth is an incredible marketing tool.”

Melinda Garvey of Austin WOman, On the dot 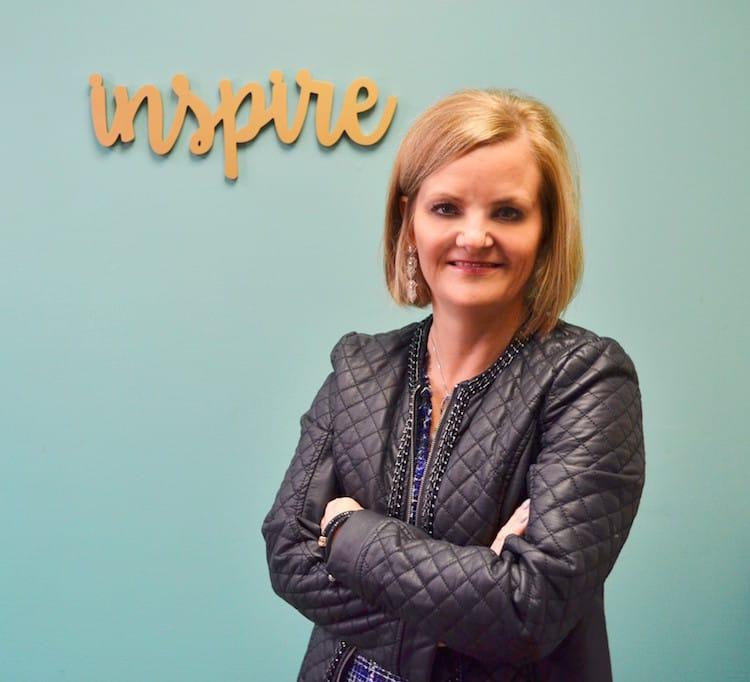 Whether in print or on the air, entrepreneur Melinda Garvey has dedicated her career to showcasing the accomplishments of women everywhere. Inspired by the many incredible success stories she heard from Austin-area women, Garvey founded Austin Woman magazine to highlight relatable role models for local up-and-comers.

“I believe that celebrities play a great role in getting women excited about what’s happening in the [women’s] movement…but then women are left seeking because they don’t know where to turn to really find women that are like them” Garvey says, noting the importance of moving beyond celebrity appearances. “With Austin Woman magazine, we have been providing those relatable role models for women for years.”

And with the recent release of her latest project, audio newsletter On The Dot, Garvey expands her reach far beyond Austin’s city limits. By featuring women of all different backgrounds and professions, On The Dot’s “Women to Watch” section packages inspirational stories into four-minute soundbites that can easily fit into a woman’s morning routine. With a mission to one day inspire women across the globe, Garvey proves that “success is really about the impact you make and the legacy you leave”.

During the early years of your career, did you have one connection — that is, a mentor, be that a boss or professor or peer — who made a palpable difference to your trajectory?

“In the course of my career, I can’t say I had one particular person who impacted my career, but the incredible gift is that I’ve had so very many mentors and supporters because I have the great blessing of having access to some of the most amazing, generous, intelligent and successful women in Austin and around the country. They have all poured into me and have poured into Austin Woman, and now On The Dot.

So many of our cover women and women we featured throughout the pages of the magazine in the last 15 years have stayed closely connected with us. They support our events and, in fact, just recently, we interviewed a large group of former cover women about the women’s movement and how they felt things in Austin had changed and what impact they felt Austin Woman magazine has had on women in Austin. We did a really cool photoshoot that was Hollywood-style supporting the Time’s Up initiative, and it was amazing how many of them came out to support what we are doing. The feedback they gave us about our impact was really profound and moving to me.” 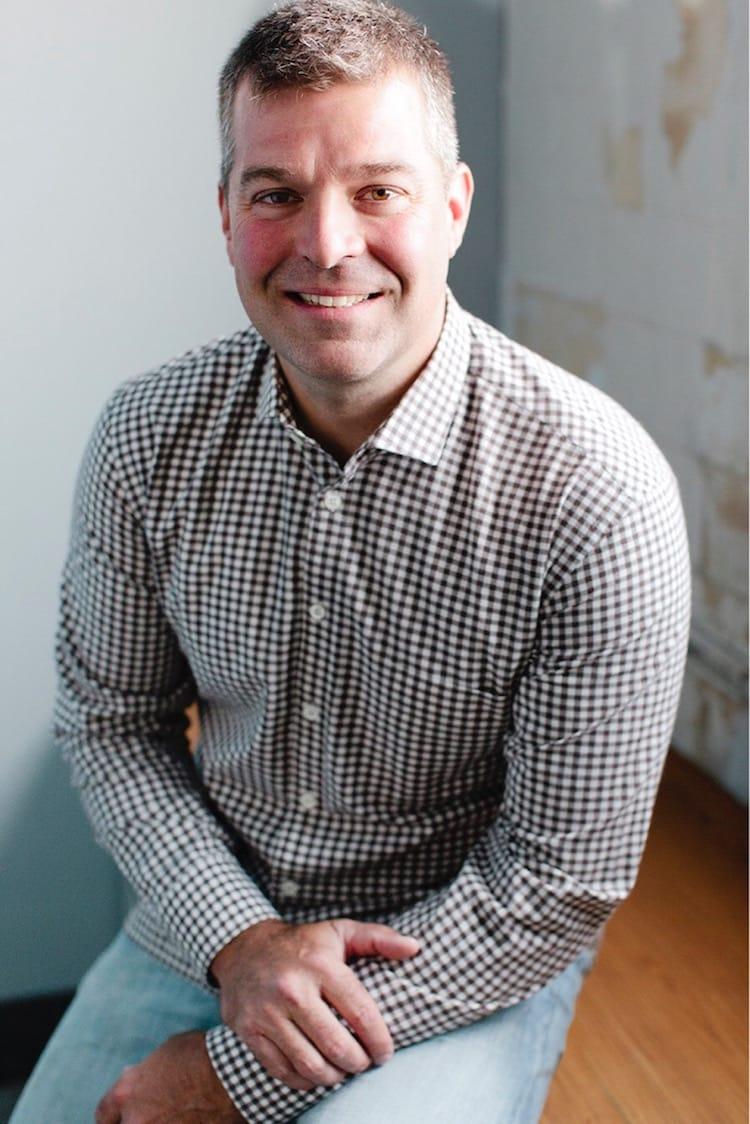 Before Starbucks was a household name, Mike McKim dreamed of putting Texas on the map as “a place to get legit coffee.” After falling in love with the art of coffee roasting, McKim turned his hobby into a profession with founding of Cuvee Coffee in 1998. Originally focusing on the wholesale roasting side of the coffee industry, McKim and his team worked tirelessly to supply coffee shops with the best brews in the Lone Star State — and locals couldn’t get enough.

With Cuvee’s hit Nitro Cold Brew now featured in major retailers like Target and the opening of the first Cuvee Coffee Bar in 2014, this local favorite is on track to become a national phenomenon. But through it all, McKim’s never forgotten his roots. “I couldn’t be more proud to have the opportunity to represent the city of Austin to the rest of the nation,” he says.

How do you measure success? Revenues? Recognition? Something else?

“As a CEO, profitable revenue is an important measuring stick for the business. After that, it’s all about my team. When my co-workers are proud to represent the company, when they genuinely enjoy hanging out at work or grabbing beers together, when they truly feel important, appreciated and like they are part of something great — that’s success.”