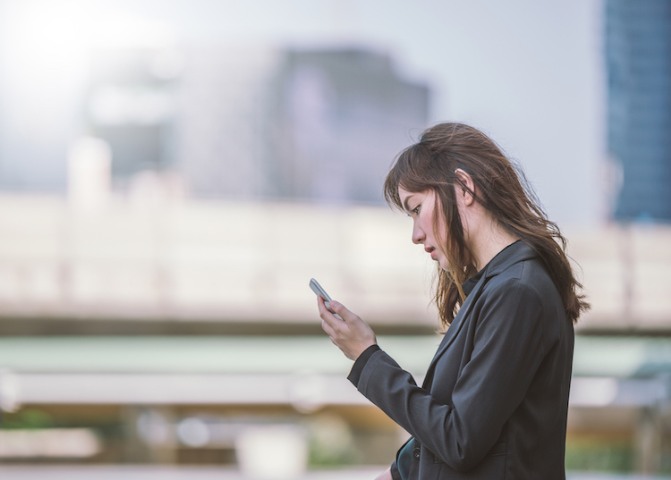 A Guide to Ghosting: What It Looks Like and How to Avoid Doing It

Modern dating definitions have become scarier than ever with terms like ghosting, Caspering, and zombie-ing, all of which are used to describe today’s bad behaviors. But just because these habits are labeled with playful names, it doesn’t make them any less real or painful in practice. It’s time for ghosting to be the one to vanish; here’s a field guide to what it looks like, feels like, and how to avoid being a ghost.

In dating, ghosting is when someone ends all contact without explanation — profile unmatched, messages unanswered, calls avoided. The “friendlier” version of ghosting is called Caspering, named after the beloved cartoon ghost. You’ve been Caspered if you’ve received a rejection message before your match disappears completely, meaning you got some clarity but no conversation. And if you’re not spooked enough, there’s also zombie-ing, which is when a ghost returns from the dead and resumes communication with a passive “hey.”

If you’re dating in 2018, chances are you’ve experienced ghosting or one of its relatives. When you’re left in the wake of the disappearing act, you might naturally feel concerned for the person’s wellbeing. With enough time, that concern will transform into resentment, anger, or confusion. Left with no information other than your own imagination, you’ll likely blame yourself or assume the worst-case scenario.

Sound familiar? If you’ve been recently ghosted, read: tips on how to recover

The good news is that most people ghost due to their own shortcomings — not yours. Either they decide that you aren’t the right match or dating isn’t a priority. Instead of communicating that, they opt for silence. Maybe they couldn’t find the right words, don’t have the courage to be honest, or can’t pinpoint what the issue is. No matter their reason, move forward knowing that they’re not the right match for you if they couldn’t muster the respect to kindly exit the relationship (no matter how casual).

Ghosting may feel like a gentler way to spare someone’s feelings, but the silence will cause more pain than intended. If you’re prone to ghost, keep in mind that the reason you started talking to your match in the first place is because you liked them. Use words and behaviors so that if you crossed paths, you wouldn’t feel anxious or awkward. Even better, being direct could leave the door open for when timing is better in the future.

How to avoid being a ghost

If someone you've connected with reaches out and you’re no longer interested, let them know you’ve had a change of heart. Craft a friendly message to have on hand in place of the silent treatment. “Hey ____, it was really nice hanging out with you. You’re great, but I’m not feeling a romantic connection. I don’t think we should go on any more dates. If you want to try being friends, I’d love to be in touch."

Rejection can be kind and compassionate in its delivery. Be a human, not the image of one.

You’ll Also Like: Up Your Confidence with Positive Self-Talk