When Amirio and Lincoln started dating, they were determined that their relationship wouldn’t be codependent—so, not the “typical, ‘you’re my everything'” kind, as Amirio puts it. “I want us to both have our separate gardens that we’re cultivating side by side, so it feels more like a partnership,” said the Washington, D.C.-based nonprofit advocacy specialist.

It was clear that the two had similar interests from the moment they spotted each other on Bumble in summer 2019. Lincoln, who also works in the nonprofit sector, noticed Amirio’s photo from a monthly underground queer party that he’d also attended. Amirio saw Lincoln photographed alongside one of his favorite actors from “Pose,” the hit TV show chronicling the LGBTQ+ ballroom scene.

“Right off the bat, I was struck by his personality, because it seemed so different from mine but also so complementary,” says Amirio. “He’s exuberant and I’m a lot more inward, but he’s very driven and has a specific outline for how he wants his life to be, and I’m the same way.” Two and a half months after their first date, Lincoln asked Amirio to be his boyfriend. 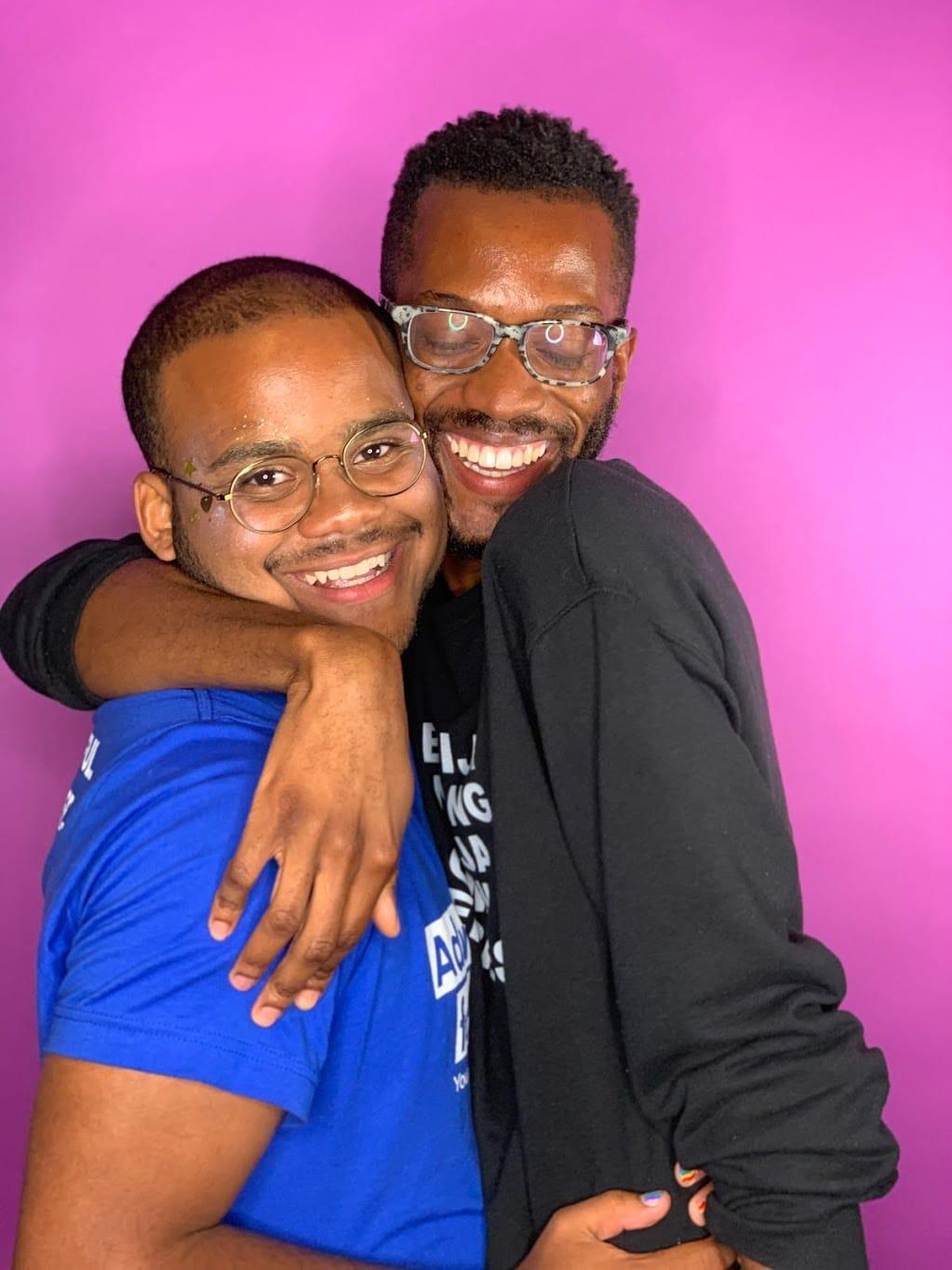 Because Lincoln and Amirio have demanding careers that include traveling and not much free time, they had to get creative about nurturing their partnership even while they’re apart. The couple established weekly-ish “CEO check-ins” to create an intentional space where they can talk about anything that’s happening in their relationship. It’s also a predetermined time where the two ask each other questions like “what do you need from me right now?” Or, “You’re having a really busy week, how can I support you?”

Lincoln and Amirio also use their check-in time to update a shared Google Doc where they’ve written out their relationship goals, their love languages, and their triggers. “Knowing all of that helps us be better to each other, cause if we’re in a fight, I’m not going to bring any of those triggers in and I’m going to be more careful in how I communicate my position,” says Lincoln. This inventory is also helpful in “not assuming that we’re on the same page when it comes to different values, but naming and understanding where we’re both coming from,” he says.

However, all of the work that Amirio and Lincoln put into making sure that they could be independent within their relationship was put to the test when the coronavirus pandemic forced them to quarantine together. Going from only seeing each other when they could find time on their synced calendars to being confined together for 24 hours a day caused some head butting. (Amirio notes that Lincoln’s very cranky before his morning coffee.)

At one point, after a fight about haircuts that snowballed, Amirio left Lincoln’s apartment, where they had been quarantining. Amirio stayed at his own place for a week, but the time apart just reaffirmed that he wanted to return to Lincoln. “Physically it was painful not to be by him and to talk to him consistently,” Amirio says. “It was obviously not the best moment in our relationship, but it also solidified how I feel about him. “Quarantine has been like a relationship boot camp for us, and we’re coming out on top at the end of it all.”

“Quarantine has been like a relationship boot camp for us, and we’re coming out on top at the end of it all.”

But if anything’s confirmed their commitment — both to one another, and to the modern relationship they’ve created — it’s been how well they understand each other. And that ability to be each other’s “mirror” as Amirio puts it has been especially important for them now, as two Black, queer men in the current political climate.

“It’s been a challenge to not hold everything in and just let it explode with COVID-19 and with what people are calling a racial reckoning,” says Lincoln. “It’s been incredible to just be my full self with Amirio and not feel judged, scared, or like I’m a burden.” And Amirio loves that Lincoln has an innate understanding of his experiences. “Particularly right now, it’s so special that I can be like, ‘Oh my god, Lincoln, this microaggression happened’ and there’s no need for any explanation. It’s such a specific type of bond.” 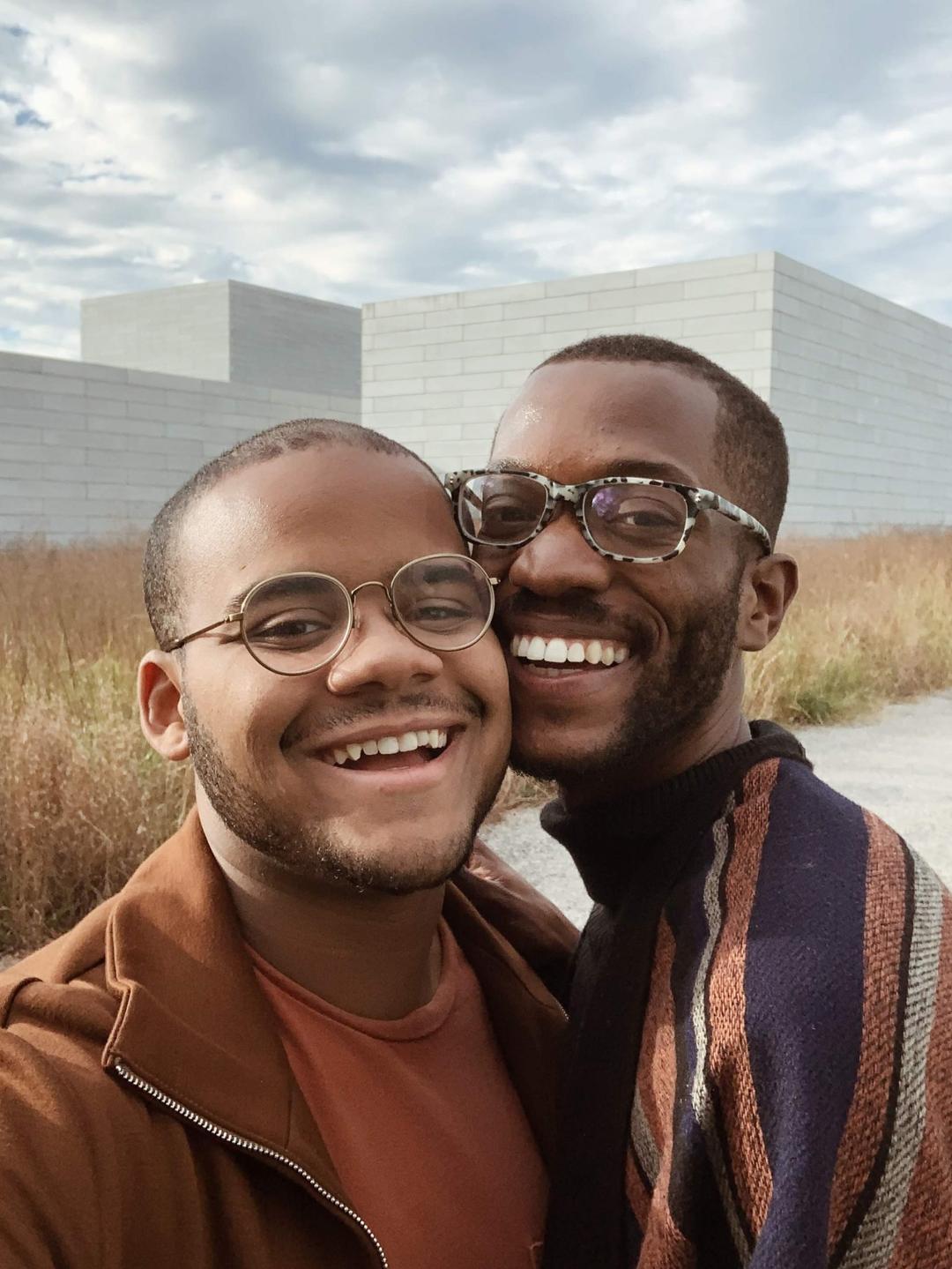 Lincoln and Amirio plan to move in together next year, and see quarantine as a test run. While they know that they want to be together long-term, they’re determined to create their own future. “We’re committed to each other, but especially being queer, I try to stay away from falling into the cis, heteronormative default relationship trajectory of marriage,” says Lincoln. “Whenever we’re ready, we’ll make sure that it’s unique to us and we’re not doing it because it’s what we’re supposed to do.”