For Outdoors Adventurers Sapphire and Tyler, Love Was (Exactly!) 97 Miles Away

Sapphire and Tyler came into each other’s lives thanks to a happy accident of geography. Back in spring 2018, she was living on Chicago’s South Side, while he was based in Milwaukee, Wisc., exactly 102 miles away — just over Bumble’s maximum distance range at the time, 100 miles. The day the two matched, she happened to be at work in downtown Chicago, putting them just under the threshold.

“Ninety-seven miles!” says Sapphire. “If neither of us had logged into the app when we did, we would have never met.”

For outdoorsy Sapphire, Tyler’s profile was a breath of fresh air. “I was specifically looking for somebody who liked to be outside, but I was in the city, so everyone I was seeing in Chicago was holding a beer or at a baseball game or the gym,” she says. Avid hiker Tyler remembers Sapphire’s profile including mention of her love of the mountains, as well as her interest in writing and other creative pursuits.

They messaged back and forth, hesitating to take their connection beyond friendship because of their distance. But texts became calls, and soon enough, they were chatting most days. Sapphire had her first inkling that perhaps Tyler was more than her friend when she felt a twinge of jealousy after a phone conversation.

“He told me he went on a date to a farmers’ market with some girl, and I found myself thinking, ‘How is he on the phone with me almost every day, and casually telling me he went on some date with some girl?’ Rude!” she says, chuckling at the memory.

When they did finally go on their first date five months after their Bumble match, they both went a little out of their respective comfort zones, deciding to spend Labor Day weekend camping together. Sapphire’s colleagues though she’d lost her mind. (She gave them her campsite location and Tyler’s phone number to reassure them.) 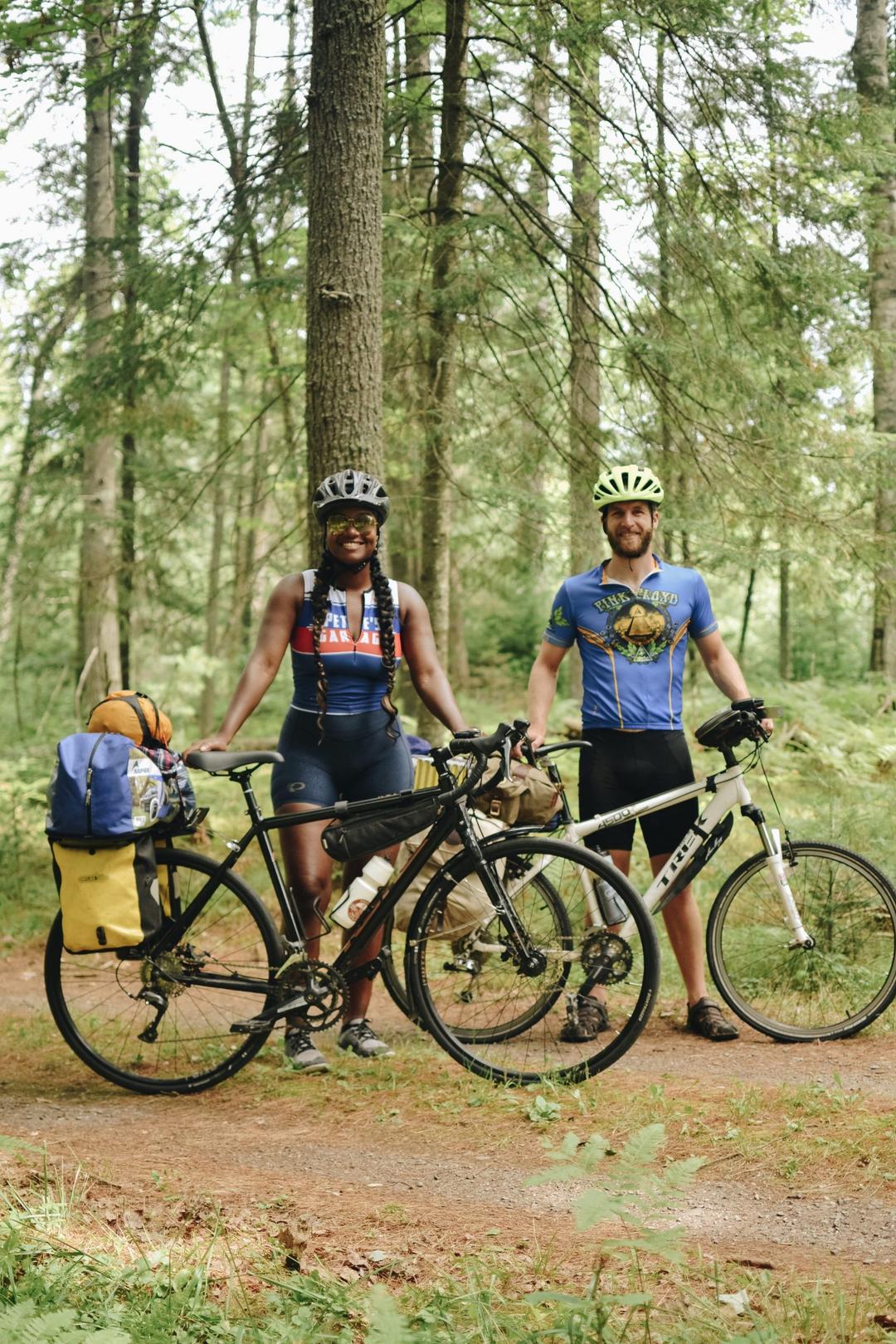 “It was a first for me,” Tyler says. “I thought it was pretty cool that somebody was going to be that bold.”

Once in their element — the outdoors — the two hiked across prairies, went on a bike ride, and spent time at a nearby brewery. Tyler loved watching Sapphire indulge her artistic side over the course of their trip. “She was taking photos, and I got to see her photography work in action, taking pictures of little bugs and flowers,” he says.

Mother Nature intervened on day two, with a storm forcing them to move into a hotel room. Says Tyler: “We call that weekend our dating anniversary.” 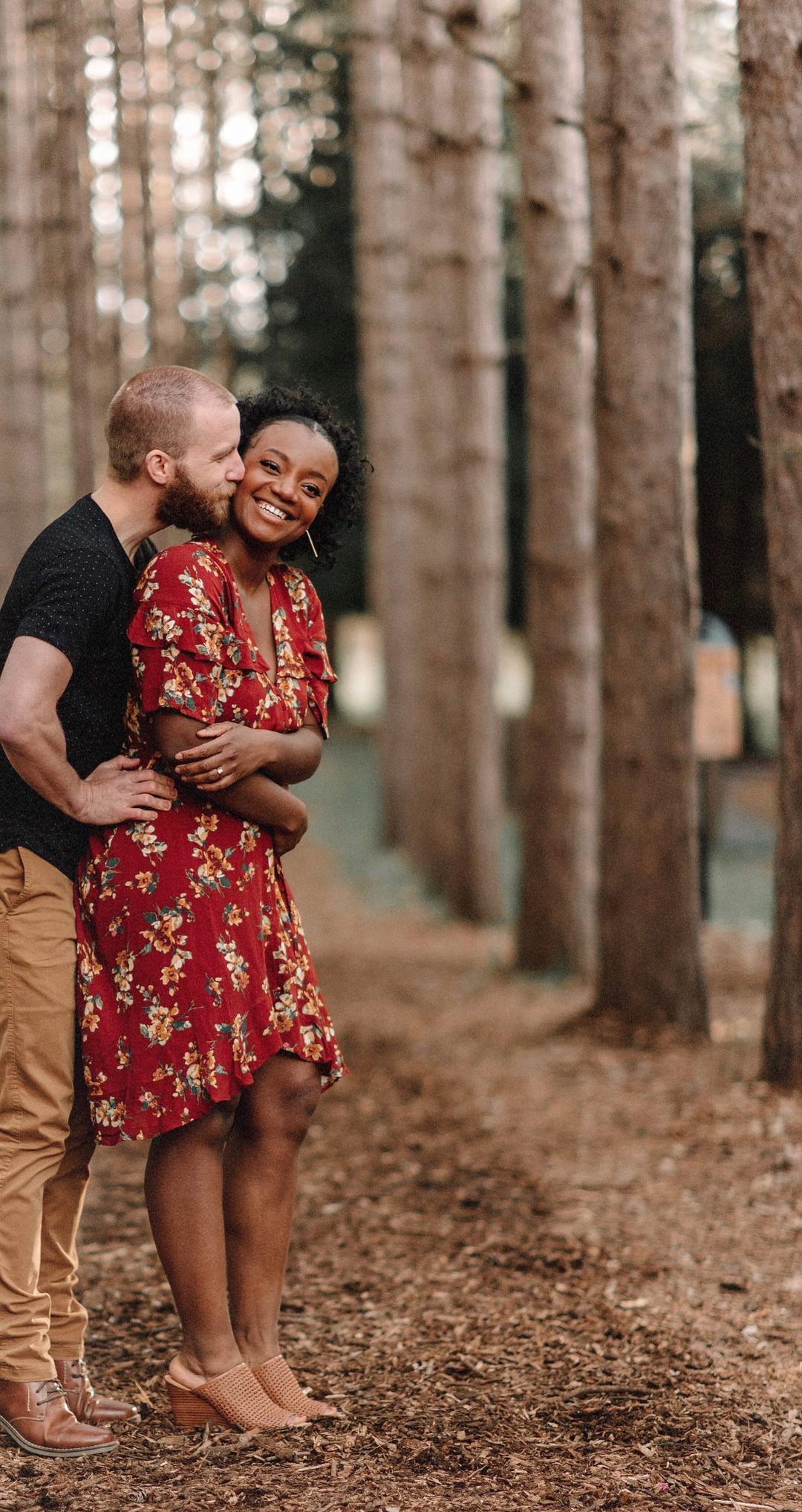 For a few months, Sapphire and Tyler alternately made the 3- to 4- hour drive to visit each other before moving in together in Green Bay, Wisc. in the fall of 2018. The following spring, they went on another adventure together, this time to the Grand Canyon. They’d been discussing marriage and had even been window-shopping for rings, but Sapphire was still caught off guard by Tyler’s proposal.

They’d just walked down a steep trail and arrived at a busy juncture, with hikers taking breaks and groups of tourists on horseback. “We were at the edge of a cliff and could tip over at any point and there are, like, 15 horses coming up behind us,” she says. “Super quick, Tyler did a lunge. I was like, ‘really?!’”

Sapphire said yes, of course — and while the proposal wasn’t exactly what she had in mind, at least it was in a beautiful setting, in the wilds of nature, as she’d always hoped.

The couple had planned to get married in May 2020 at a little outdoor chapel by a lake; they’d even booked the caterers. When coronavirus meant they had to cancel, they first rescheduled for September, then decided they didn’t want to wait any longer. They’d recently bought a house near Tyler’s parents in Red Wing, Minn., in anticipation of starting a family soon — especially important as most of Sapphire’s own relatives live in her home country of Trinidad. 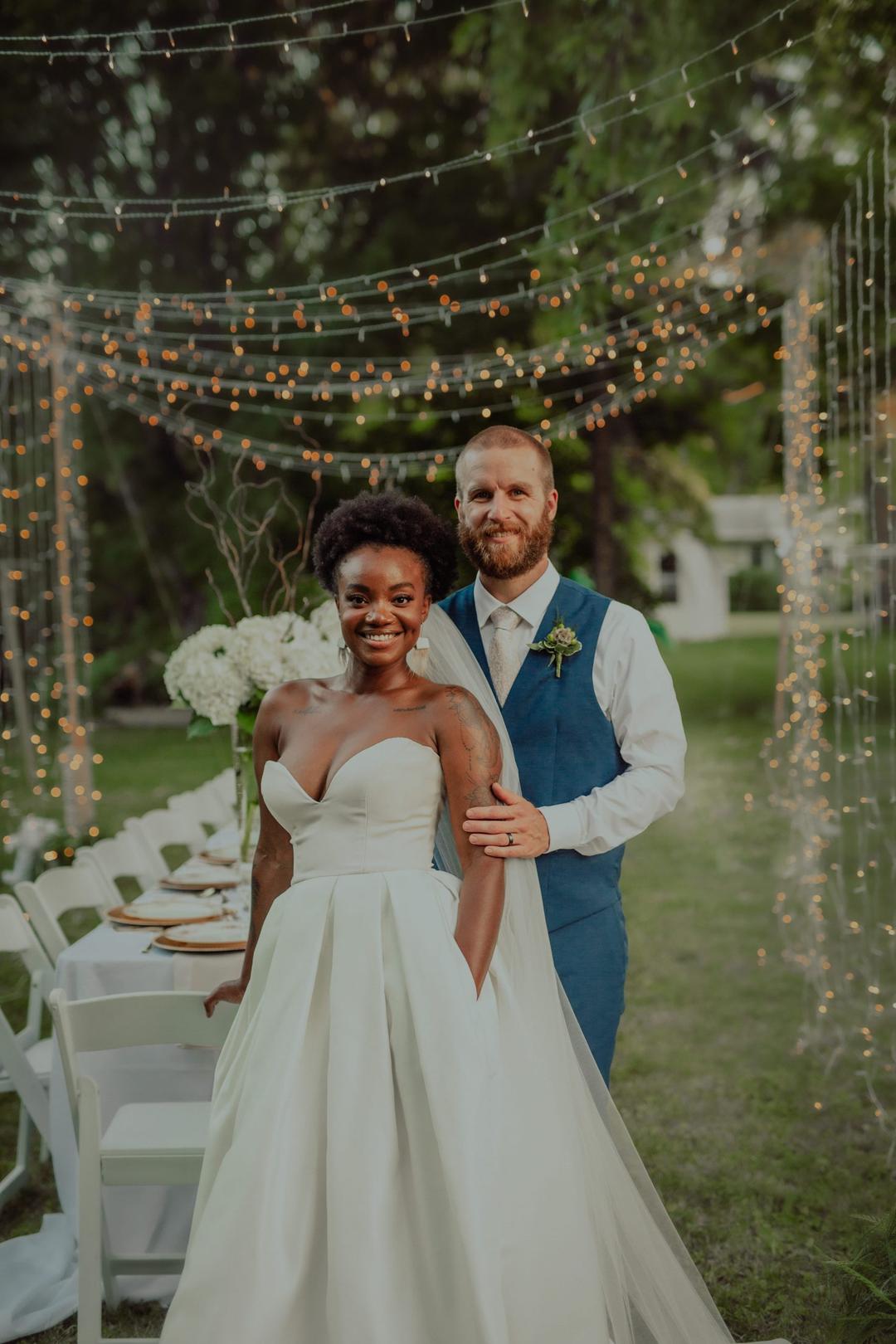 So they scaled the wedding down from their beloved great outdoors to Tyler’s parents’ backyard. Rather than the planned guest list of around 200, there were 12 guests, all family. The garden looked dreamy decked out in fairy lights, and the menu was home-cooked. “Sapphire made a Trinidadian dish, macaroni pie, and my family made Swedish meatballs,” says Tyler. “It was kind of a representation of the foods that our families eat when we’re together.”

The couple had hoped to spend their honeymoon on a month-long trip exploring western Europe, including Portugal and Spain. With COVID-19 making international travel difficult, Sapphire and Tyler will instead pay visits to friends across the U.S. They haven’t given up on their European adventure, though. “I still want to do that,” says Sapphire. “It’s just a matter of when.”

Bumble no longer limits you to a 100-mile range! You can swipe and match with anyone in your country — and get to know each other virtually.