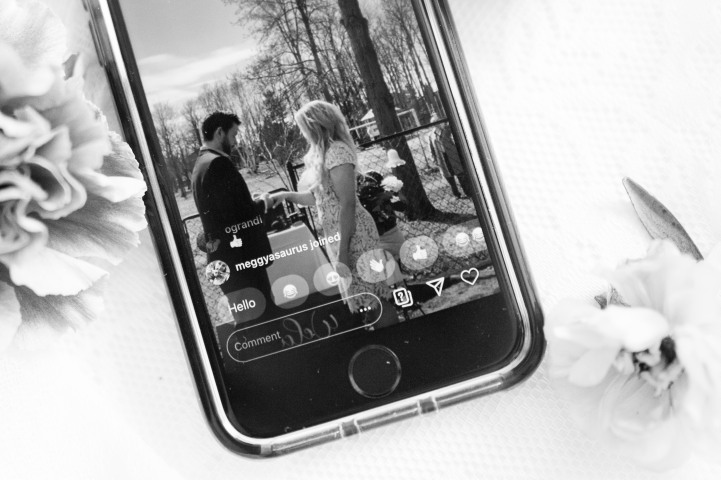 An Essential Worker, A Grandfather With Covid-19 — And A Wedding, Against All Odds

By mid-2017, Kyle Simourd was ready to quit online dating. In August, he gave himself an ultimatum: If he didn’t match with someone he liked by the end of the week, he would delete his Bumble app for good. He had set another rule: If someone opened with a bland greeting, he would “immediately delete them.”

A few days before his deadline, he got a message from Krystal Pincombe on Bumble. “I had seen her photo among hundreds of others you swipe through, and she was legitimately the one that I was hoping to talk to the most,” he said. Krystal, who’d been using Bumble on and off for about a year, was similarly reaching her breaking point with online dating. She shot Kyle a quick, noncommittal, “Hey, how’s it going?”

Kyle broke his “no ‘hey’” rule for Krystal, responding to her with paragraphs of text telling her about his day. Less than three years later, on April 20, 2020, they got married in the backyard of their home in Ottawa, Canada.

Almost nothing about their nuptials, though, went according to plan. Kyle had planned to propose on May 7, 2019, but it turned out to be the “craziest day I have ever experienced at my work,” Krystal said. On that day, a shoplifter walked into the pharmacy where she works, punched a customer, attempted to hit another one, fled, and then hijacked a car in the parking lot at knifepoint. “This never, ever happens,” Krystal said.

Kyle asked if she still wanted to go out to dinner. The couple kept their plans. “I needed a drink,” Krystal said. “I was thinking about all this drama.” Kyle took her to a local wine and cheese restaurant, and suddenly, Krystal recalls, he was down on one knee. “I wasn’t even thinking about it,” she admitted. “He said a spiel that I don't remember and asked me if I would marry him and I was speechless for about a minute, and I’m never speechless.” 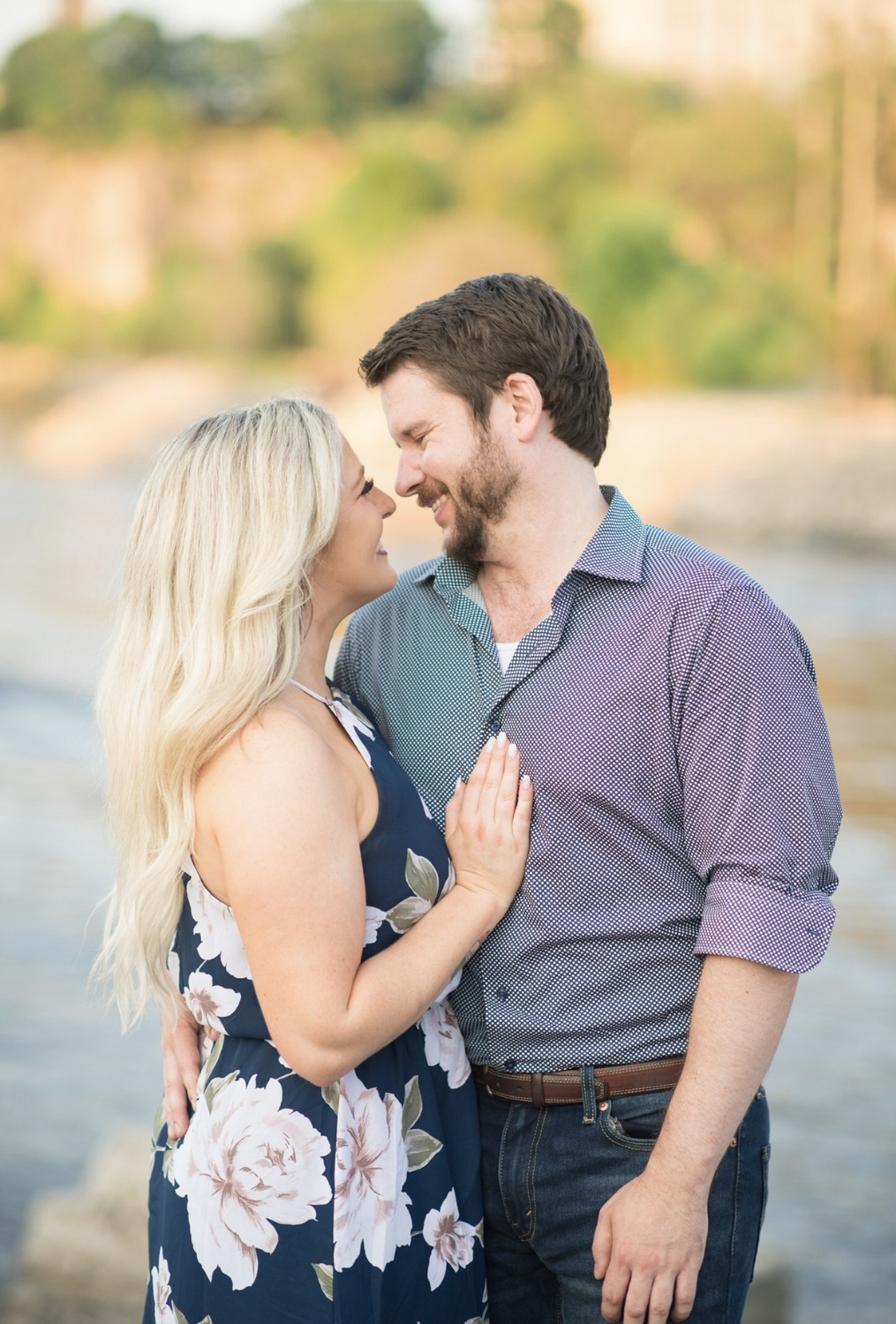 The couple began planning a 200-person wedding at a nearby waterfront venue. Six weeks before the date, they began hearing about a pandemic devastating parts of Europe. They had no idea that within days, Covid-19 would be a threat in Ottawa, too. On March 16, local officials banned gatherings of more than 50 people; within two weeks, the ban limited get-togethers to groups of five.

“I was literally tuning into the news every night, every morning, on pins and needles, to see what would be permitted. It all really came out of nowhere,” Kyle said. The duo didn’t even know until 3 p.m. on Friday, the day before, if they’d legally be allowed to have the ceremony. To Kyle, coronavirus regulations seemed to be changing by the second.

To make matters more tense, Krystal is considered an essential worker, putting her health at risk for customers. Kyle works in commercial real estate, managing a few businesses as a landlord, which hasn’t been without its downsides during this time. “I’ve been slammed from all sides,” he said. But while they’ve been thrown for a loop, Kyle feels lucky that both he and Krystal remain healthy — and still able to work.

They decided to go ahead with the celebration. “It worked, but it wasn’t what we planned,” Kyle said. Limited by Ottawa’s ban, the couple hosted their mothers and invited a local reporter for the ceremony, spaced at least 6 feet apart, per social distancing guidelines. Their fathers sat in a neighbor’s backyard and watched the ceremony through the bushes. An officiant led the wedding via Skype. The duo had announced the date and time on their social media accounts, where friends and well-wishers alike — some 1,000 in total — tuned in to watch.

Among those people was Kyle’s 96-year-old grandfather, who had been diagnosed with Covid-19, watching from his nursing home.

He was able to watch the livestream from his room, surrounded by care workers wearing personal protective equipment. Though the virus is particularly lethal among seniors, he has since recovered. “He beat this crazy virus at 96 years old,” Kyle said. “It’s incredible.”

The Simourds are still hoping to have a more formal wedding at the original venue they picked out. “We’re still going to have a ceremony for fun, for family and friends, whenever that’s permitted,” Kyle said. But postponing the original ceremony was never a real consideration to them.

“Frankly, we wanted something we could control in all of this,” he said. “If we can make other people happy for even the 10 minutes we are broadcasting this, that’s a win. Any bit of good news can really brighten peoples’ days.” 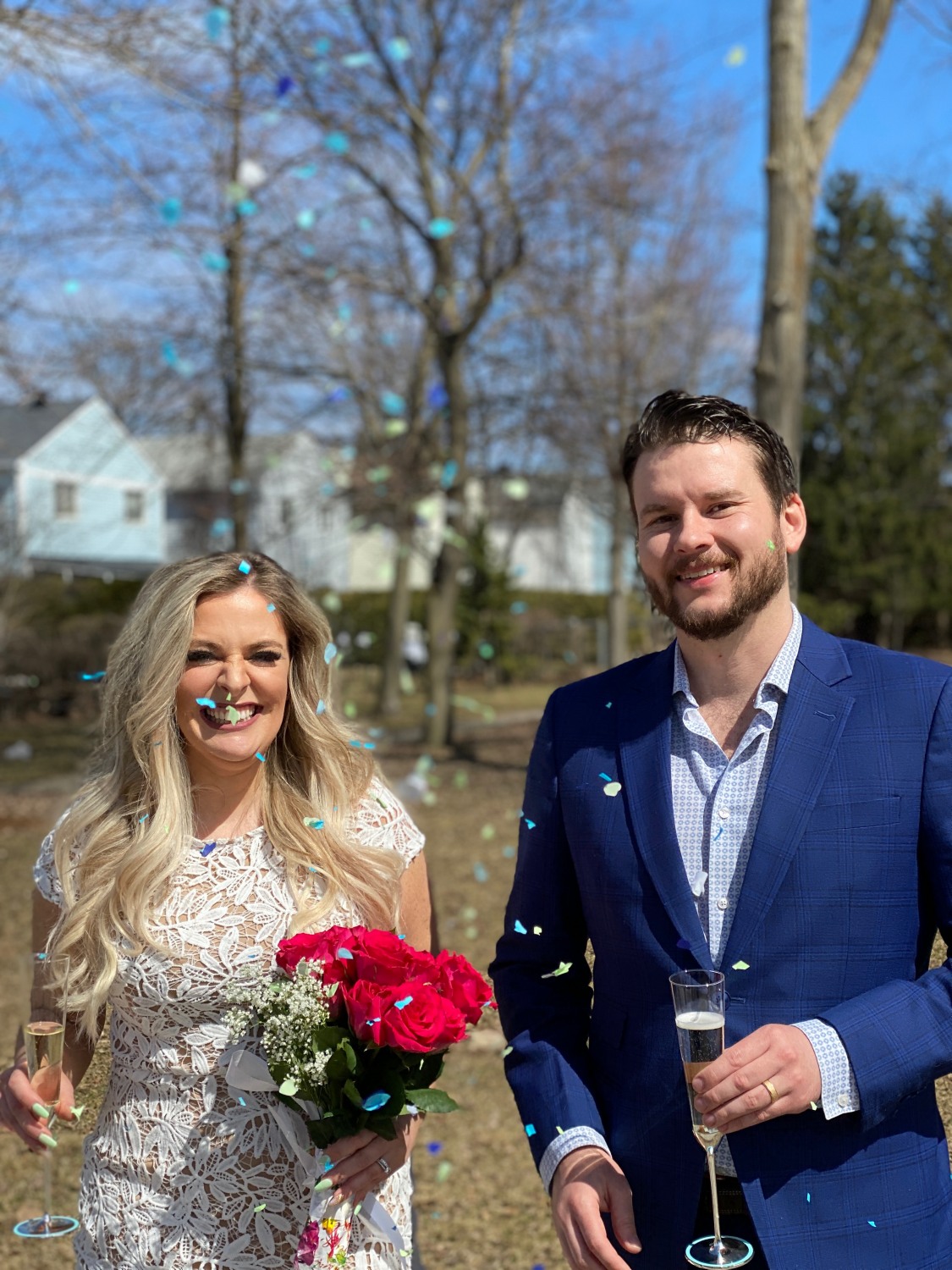