Recovering from the end of a relationship takes time–it’s about healing and getting closure (and if you follow the Lorelai Gilmore rule of breakups, it’s about taking time to wallow) but perhaps most importantly, it’s about learning from the experience.

With this in mind, we asked real people to share the lessons they’ve learned about love and about themselves from a past relationship — and we can all gain a lot from their responses.

You’re allowed to change and to ask for what you need.

“The biggest thing that I learned is that we are allowed to change from the stories we tell ourselves. I had two significant relationships that ended where I felt emotionally drained. I gave myself wholly to both of these relationships largely because I told myself that, because I liked being a giver or in a care-taking role, I had to stay in that role for those relationships. And both times, they left me feeling depleted.

I learned that it went deeper than just having to vocalize about what I needed…I think everyone has a story that they tell themselves on who they are and who they need to be, and to change from that is scary. But it’s human to want to change. We are not the stories that we tell ourselves; we’re allowed to be more than that and we should be with people romantically who encourage that.”

Being in love means celebrating who you are.

“The most valuable lesson I learned being in a relationship from ages 16 to 20 is that there’s a difference between loving someone and being in love. Loving someone is easy — I love my friends, I love my family, and I love my cat Raffi. In my last relationship, I realized I loved my best friend and we were also sexually attracted to each other. Being young and naive, I assumed this was being in love — until I started to notice all of the compromises I was making to my identity. I started to forget who I was.

Then I realized when you’re in love with someone, they appreciate and celebrate all of the factors of your identity you hold dear. Therefore, you have no problem loving yourself. When you can be in love with someone and love the person you are while you’re together… that’s an unmatchable feeling.”

You should strive for more than just settling.

“Don’t be with someone simply because you’re with them. If it feels like checking in is just part of your daily motion, like walking to the train or brushing your teeth before you leave, it’s time to rethink your relationship. Don’t be there just because being there is easier than leaving. Want more for yourself. Demand more for yourself.”

“During high school, I’d had a string of unhealthy or abusive relationships with guys. I felt my whole life that I might not be straight but buried that very deep and continued to date men. It wasn’t until college when I got so sick of the cycle of abuse that I started dating women and people who identified as trans or non-binary and finally learned what healthy relationships were.

I learned a lot about how to have a good, healthy balance of physical and emotional intimacy, and learned how to feel like myself in a romantic and sexual relationship for the first time in my life. Having strong bonds and so strongly and mutually caring for another woman in a non-controlling, very beautiful way where we checked in with each other, compromised, and were honest and giving with one another changed my life forever. It made me finally see myself as deserving of that level of respect and happiness in every aspect of my life.”

…And love should never come with abuse.

“I was in a physically abusive relationship, and from that I learned that not everyone was worthy of my love, as much as I wanted to think they were. I ended up learning a lot about what I wanted and needed from people, and it took me years to really settle on ‘the one’ after that.” 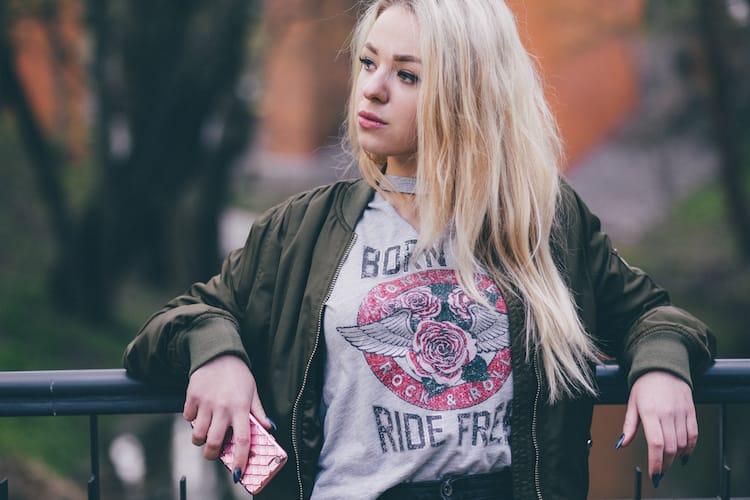 Finding acceptance and moving on, while difficult, is key.

“My most recent break-up felt like such a cliché. The guy I was seeing told me that I was an ‘ideal boyfriend,’ and it made him feel terrible that he couldn’t be the same for me. I felt terrible; I thought I was asking too much of him. Then he admitted he wasn’t in the best place mentally and emotionally to be as giving or as open as he wanted to be and that it was unfair to both of us to pursue anything further.

Hearing ‘it’s not you, it’s me’ can seem old hat, but sometimes that’s the honest truth. All that to say, I’ve learned that if someone wants to break-up or call it off or stop seeing each other, I should take it at face value, accept it, and move on.” – Matt

Don’t forget to stand up for yourself and your needs.

“I’ve yet to be in a serious relationship, but I had a complicated long distance thing with a guy and it taught me to put myself first. When he wasn’t being communicative, I had to sort of put my foot down and say, ‘You either need to talk to me about your problems or stop messaging me and leading me on.’

Learning how to stand up for myself despite it maybe damaging any future chances we had was really tough, but it helped me reinforce my self-worth.”

You deserve to be on the same page.

“I think the most important thing I’ve learned from a past ‘relationship’ (we were hooking up for years, and it’s a crazy long story) is that you shouldn’t hold out hope that something like that will change. I had intense feelings for him, and he just saw me as the girl who got him off.

It took me a long time to realize I was more than that and that I deserved to be treated better.”

You can’t make your partner change their feelings.

“I very much need to be devoted in a relationship. And in that devotion, I am unwavering. It causes me to go down with the ship. My relationship was in the toilet and I knew it; instead of wading my way out of it, I circled the drain with it. I felt that if I could just prove I was in it to the ugly end, he would change his mind. He would realize I loved him that much, and in turn, he would love me for it.

Now reflecting on it a year later, I realize it wasn’t a good relationship. It wasn’t right. I realize that he didn’t love me. I want to go back and shake myself and say, ‘You can’t force someone into loving you!’ No matter how much effort, love, and devotion I put into him, it was never going to fix the problem. If I would’ve just accepted that sooner, I wouldn’t have had to climb out of the sewers.”

Make sure you have a support system outside of your partner.

“For me, I’d always relied on my partner to be my emotional support. I didn’t like asking friends, because I felt like that would be asking too much. Whereas with a partner, they’d agreed to be in a relationship with me and it felt like I could ask that of them in a way I couldn’t with my friends.

After my now-ex broke up with me, so many of my friends reached out to me, and I realized I had an untapped support system that I’d never leaned on. I’d never had that kind of emotional support from friends before, and it was a real game changer for me. It helped me feel more complete as a person.

I do want someone to share my life with, but I’m also just fine with how my life is right now. I have so many beautiful and amazing friendships, and I’m happy putting my time and energy into them and into myself for now. I think I will be an even better partner in the future because I know that I don’t have to have one person for everything. I can get my emotional needs met by several, and that’s a good thing.”

Like what you see? Keep reading to beat the breakup blues