For Sean and Amanda, Rare Cancer Was No Barrier To True Love

When Amanda was swiping on Bumble in the fall of 2017, she didn’t have very high hopes. Life had, of late, dealt her a tough hand. She’d been through what she describes as a “crappy divorce.” On top of that, the Nashville, Tenn.-based single mother of two had been diagnosed with a rare cancer that had proven resistant to radiation, leaving her bed-ridden for weeks at a time.

She had a good feeling about Sean, though. He seemed to have a sweet face. “He had hella blue eyes,” Amanda laughs. She also appreciated that his Bumble profile included photos of his children. (He, like Amanda, has two.) “I liked that he put it out there that he was a dad,” she says.

For his part, Sean was also divorced, and fairly new to online dating.

“Before I got married, there weren’t even dating apps,” he says. He’d admittedly almost given up on the prospect of meeting his match — or anyone, for that matter. “I hadn’t been on any apps in five or six months,” he says. “Then I got the notification that Amanda had messaged me.”

After some back-and-forth bantering on Bumble and a text message exchange, the two spoke on the phone. Amanda decided she had to broach the subject of her prognosis right away.

“I felt like he needed to know,” she says. “We were talking so much — for hours a day. I kind of decided that even if nothing happened between us romantically, we had already developed a friendship.”

Sean was unfazed through talk of tumors, clinical trials, and medical bills. He needed to meet this beautiful, funny, quirky woman who’d taken him by surprise, and who already felt like an old friend.

When they did meet up, it was for what must be one of the longest first dates on record. They started at a favorite sushi spot, then headed out to play laser tag. From there, they hit up a local speakeasy, then went to see a movie. All in one day. Says Amanda: “We just didn’t want the first date to end.”

From that day on, the two were rarely apart. Their kids — a seven-year-old, eight-year-old, and two nine-year-olds — met and instantly bonded, to both of their relief. Ten months into their relationship, when Sean proposed, it felt like a long time coming, at least for him. He had known he’d marry Amanda from that first date, he says.

Amanda had mixed feelings. She loved Sean, of course. She had from the day they met. But she felt a combination of guilt and dread knowing that her disease had a very low rate of survival beyond five years.

Sean could not be dissuaded. He loved Amanda and told her, again and again, that he wasn’t going anywhere.

Coming up with money for a wedding proved a challenge. Amanda was unable to work full-time given her illness. The two found themselves having to pay bills for the repair of their trucks on top of their mortgage and day-to-day expenses like groceries for a family of six. 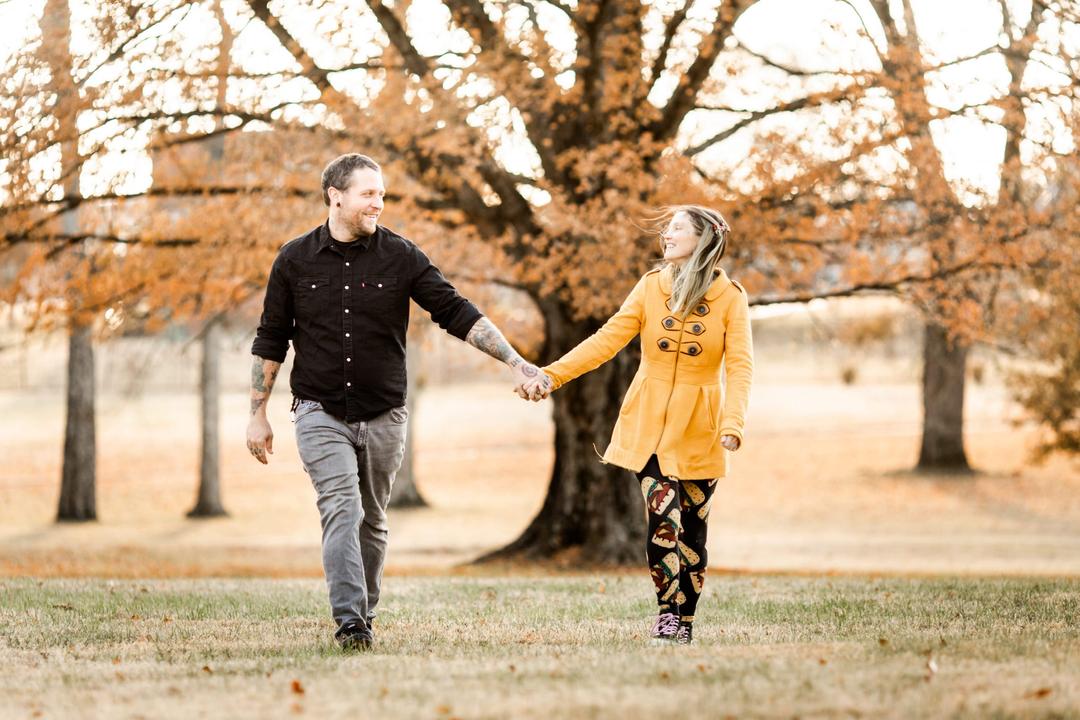 Luckily, Amanda had found an online group called First Descents, offering young cancer patients the chance to pursue adventurous activities like rock climbing, kayaking, and surfing. A fellow group member had posted a link to an organization called Wish Upon A Wedding, a nonprofit that helps plan and fund weddings and vow renewals for couples facing serious illnesses and life-altering health problems.

“Amanda filled out the application, but we weren’t sure they’d pick us,” says Sean.

In December, with the full support of Wish Upon A Wedding, Amanda and Sean celebrated their marriage with 50 loved ones in their hometown of Nashville. Their four kids were thrilled to make their blended family official. “They’re so excited,” Amanda says, “they can’t stand it.”

When Amanda has very bad days, she trusts that Sean will always step in and care for both her and the children.

“We’re both very understanding, even taking cancer out of the picture,” she says. “We calmly approach any situation. We ask, ‘how do we need to move forward?’ There’s no panic. We’re a team. We rely on each other.”