There’s nothing we love more than hearing about the meaningful relationships formed on Bumble and supporting women. This is why we partnered with Hello Sunshine, Reese Witherspoon’s media company that puts women at the center of every story, to make three short films inspired by our community’s success stories—each of which has been directed by female and non-binary filmmakers. Read on for the better-than-fiction story of Amy and Michael, and watch the film based on it here. For more, click here to see two other success stories come to life.

My friend, Mai, and I were having drinks at a restaurant in Dallas. I’d recently been through an ugly divorce. I commented that I was surprised more of our friends hadn’t joined us that evening. “Sweetheart, your sad guy routine is wearing people down,” said Mai, lovingly. “You’ve got to move forward. Get on Bumble!”

I told her I’d tried, but apparently spite is not an appropriate answer to potential dates asking what motivates me!

So, Mai helped me rework my profile, and within minutes new matches started coming in. I came across Michael. He was beautiful. I was about to swipe left because he was too beautiful when Mai almost came unglued. “You would be insane not to swipe right on him,” she said.

We hit it off immediately, connecting over our mutual love of live music and travel. I explained my background — lawyer, mom of two who’d traveled and lived in other places for work, including New York City. He disclosed he’d traveled as well – not with his current job as an e-commerce manager, but for more than 10 years signed with a premier modeling agency and working for names like GAP, Lacoste, Kenneth Cole, Express, and more.

The interesting part comes next.

During high school, I worked at the GAP, so I usually paid attention to their advertisements and commercials in a way that most may not have.

Fast forward years later, after law school. I worked in Manhattan in the mid-2000s and had a small corporate apartment in Soho. For months, as I’d walk home, I’d walk past a gigantic GAP billboard that featured the most gorgeous human I’d ever seen. When I was tired, he was my signpost, and my relief that I was almost home. Before Google Maps, he was how friends found my place. “Turn left at the hot GAP guy,” I’d say. 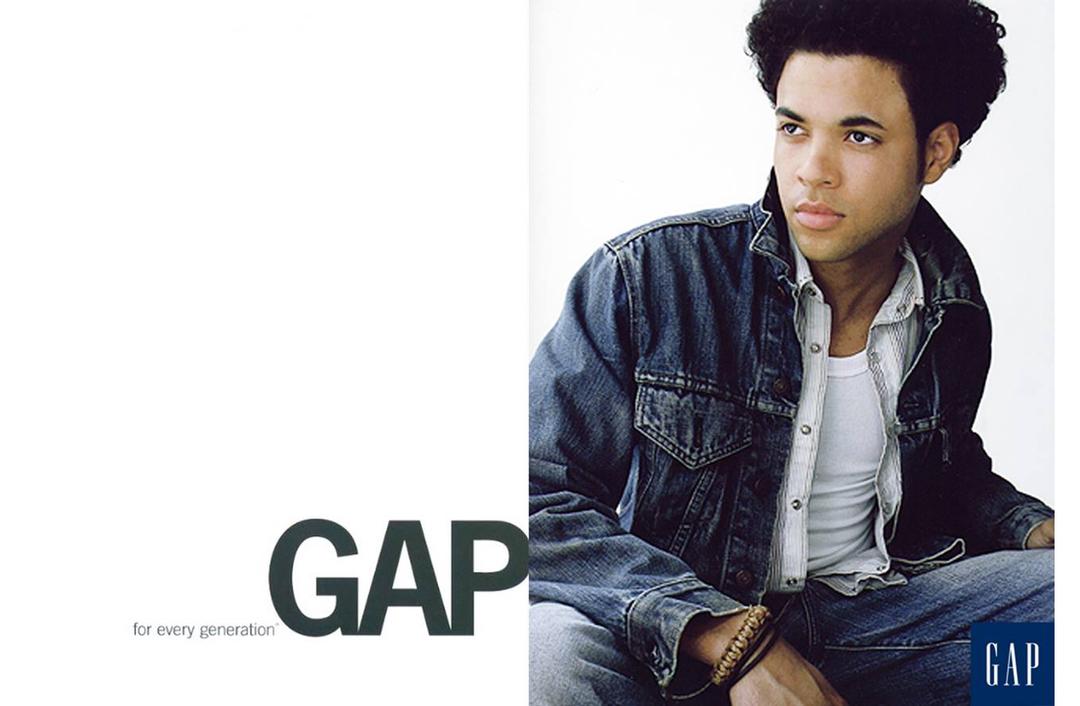 On hard days, he was a friend with whom I shared my thoughts. “I bet you’ve never had a bad haircut,” I’d think, looking at him. Or: “Would you eat this discount sushi?” It was a sad day when they replaced him with some car or ketchup ad — whatever it was. Didn’t matter.

Fast forward 10 years. Michael and I met for happy hour for our first date. (My choice for Bumble dates was always lunch or happy hour.) It was short-lived because I had to run to an event, but it sparked serious chemistry.

About two months into our relationship, Michael finally agreed to show me his modeling portfolio.

My heart stopped, and I lost my breath. There he was: the hot GAP guy.

Even though he didn’t know it, we’d found each other again.

In October, I married the man of my dreams — the one I met for a “second time” on Bumble. And this time, no one is taking him down!