Both from Conservative Cultures, Alina and Cindy Are Starting New Traditions Together

For both Alina and Cindy, dating in Orlando, Fla. had proven to be a challenge. Alina had been finding herself in relationships with a string of women who didn’t identify as gay, leaving her feeling like she was “trying to sell them something they didn’t want,” she says. And while Cindy was looking to meet women, she didn’t think she was ready to give up her single lifestyle for something serious.

From their very first date, though, the duo — who matched on Bumble in January 2019 — felt a level of comfort and chemistry that was new to both of them. They didn’t know it then, but they’d also found a support system as they navigate their lives as LGBTQ+ women in first-generation immigrant families.

Alina sent Cindy the first message after being drawn in by her profile — “I was like, oh my god, she has the prettiest smile,” Alina says. It took about two months of back and forth before they actually went on their first date, but by the end of the night, Alina saved the restaurant receipt because, she says, “I had a feeling this was going to be my last first date for the rest of my life.” The date also made Cindy realize that she wanted something serious with Alina. By the next night, she’d asked Alina to meet her friends. “Our connection was so organic,” says Cindy. “We talked openly and I didn’t feel judged.” 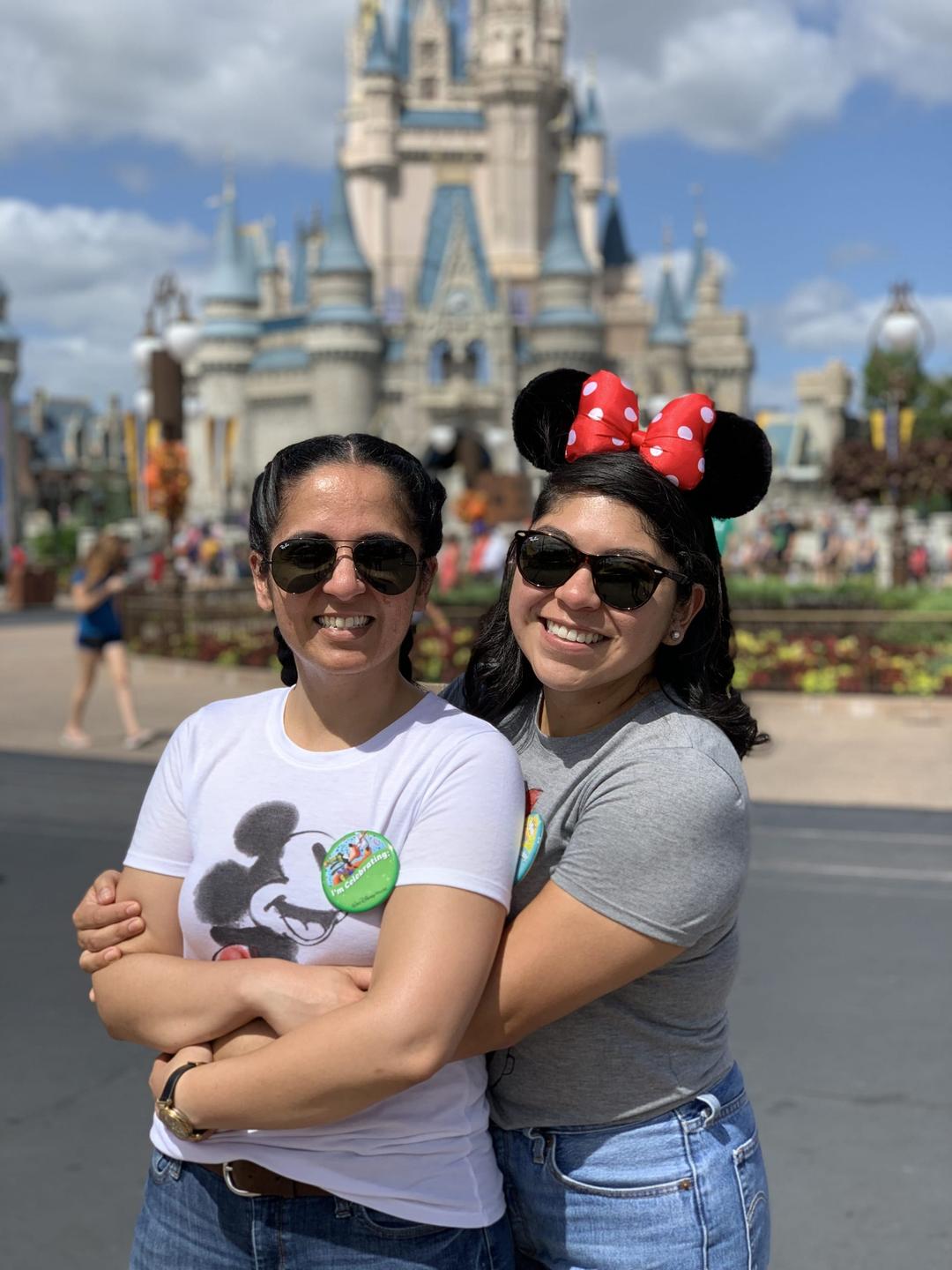 Both Alina’s and Cindy’s families immigrated to America, and while that’s a point of connection for them, it’s also meant they’ve dealt with disapproval from within their own cultures.

Alina grew up in Pakistan, where many LGBTQ+ folks come up against “a mentality that gay people go to hell,” she explains. Once Alina’s family moved to Orlando, she started coming out to those closest to her. While younger people embraced her identity, her parents are still “going through their own process accepting it,” says Alina.

Cindy, who is from El Salvador, also had a difficult time coming out to her family. Her mom stopped talking to her for six months, and now she and Cindy are working on their relationship. “We’re taking it one day at a time,” Cindy says.

Alina and Cindy have leaned on each other for support, especially during holidays, when they might otherwise have expected to be with their extended families. “We recently celebrated Eid, which is at the end of Ramadan,” says Alina. “I came out to my dad in April, so I couldn’t go home.”

Instead, Cindy learned everything she could about how Alina’s family celebrates Eid. “She found my grandma’s samosa recipe and made them for breakfast, which is a family tradition,” Alina says. “Cindy made sure I felt like I could still celebrate my heritage even though I’m not on the best terms with my family.”

The couple is now focusing on creating their own traditions. “I’m so proud of the life we’ve made together,” says Alina. “We’ve blended two different parts of the world under the same roof. There have been some challenges, but we’ve been tackling them with infinite support from one another.” 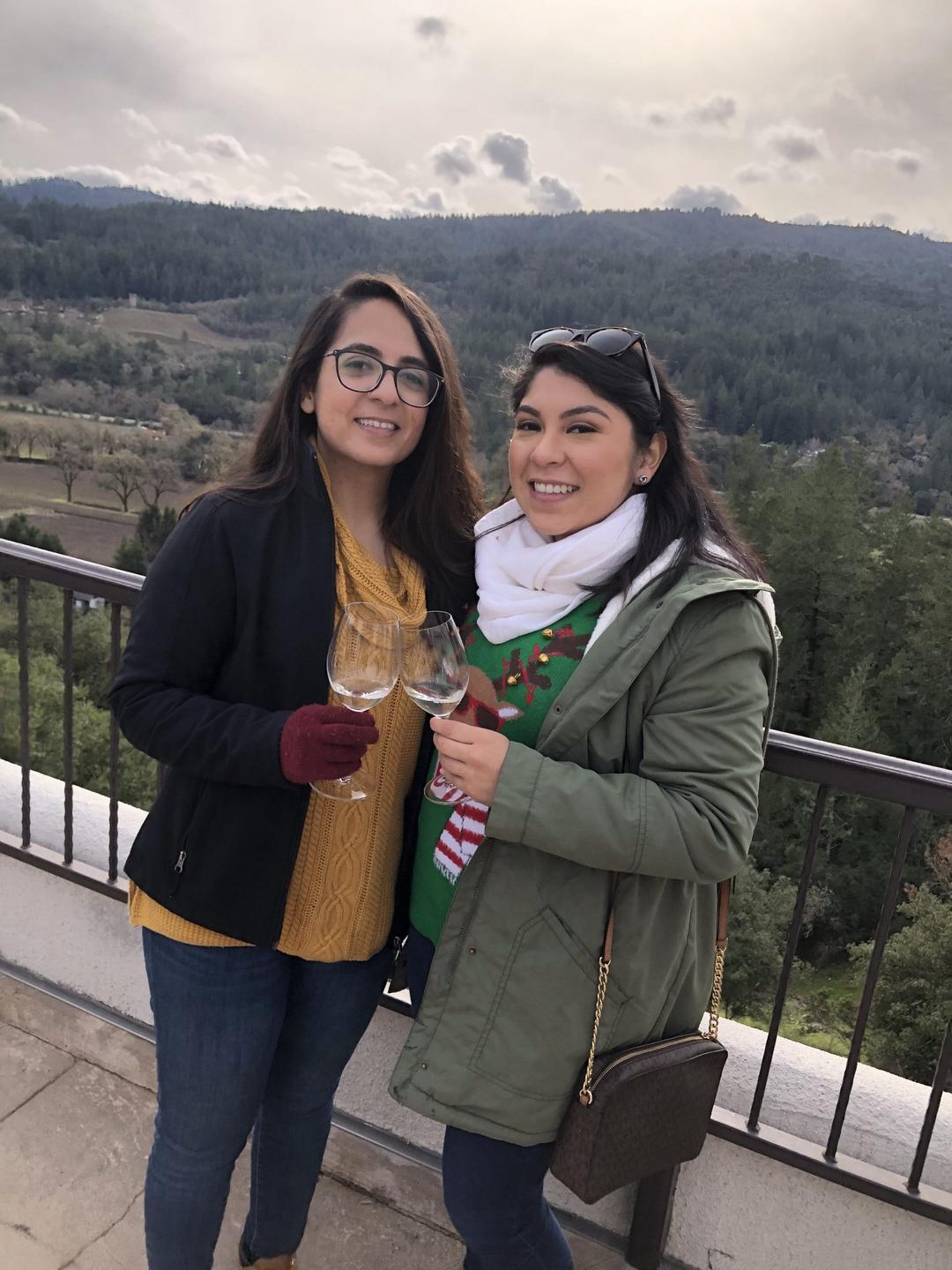 After ten months of dating, Alina surprised Cindy by proposing to her at the restaurant where they had their first date. Cindy, of course, said yes. “There have been so many moments in the short span of time from when we started dating in March to when I proposed in January that it felt like she’s my soulmate,” says Alina. And Cindy agrees. “The way Alina lights up any room with her personality is incredible. I know it sounds very clichéd, but I didn’t realize what the meaning of your soulmate was until I met her,” she says.

Before Cindy and Alina get married, they’re planning to buy a house. They’re hoping to have an intimate wedding ceremony in their backyard. After that, who knows. “I just want to go places with her and experience things together,” says Alina. “I want to go to El Salvador with her, take her to Pakistan. There are so many things to learn about each other.”