To this day, Tyler isn’t sure what made him open Bumble during a trip to Florida in April 2019. He only checked the app every once in a while, and not typically on vacation. But when he did decide to see if anyone piqued his interest in Clearwater, Fla., Anthony’s profile was the first he saw. He swiped right, thinking that, at most, he might make a friend before returning home to Wisconsin. Anthony also assumed the match wouldn’t go far. “Tyler seemed really good looking, so I didn’t think anything would come of it,” he says.

But that’s not how things worked out. Anthony and Tyler didn’t meet up on that visit, but after texting back and forth, Tyler returned to Florida a few weeks later to see him. “He made me so happy that trip,” says Tyler. They bonded over their goals, talking about their families, and even Anthony’s collection of Pokémon plushies. “I couldn’t see myself without him after that,” says Tyler. “I was crying so hard driving back to the airport that I missed the exit.”

They dated long-distance for the next two months, closing that 1,400-mile gap by FaceTiming and texting. At the time, Anthony was struggling financially, and considering moving back home with his mom. Instead, he moved in with Tyler in Wisconsin, going swiftly from strangers to boyfriends to live-in partners. 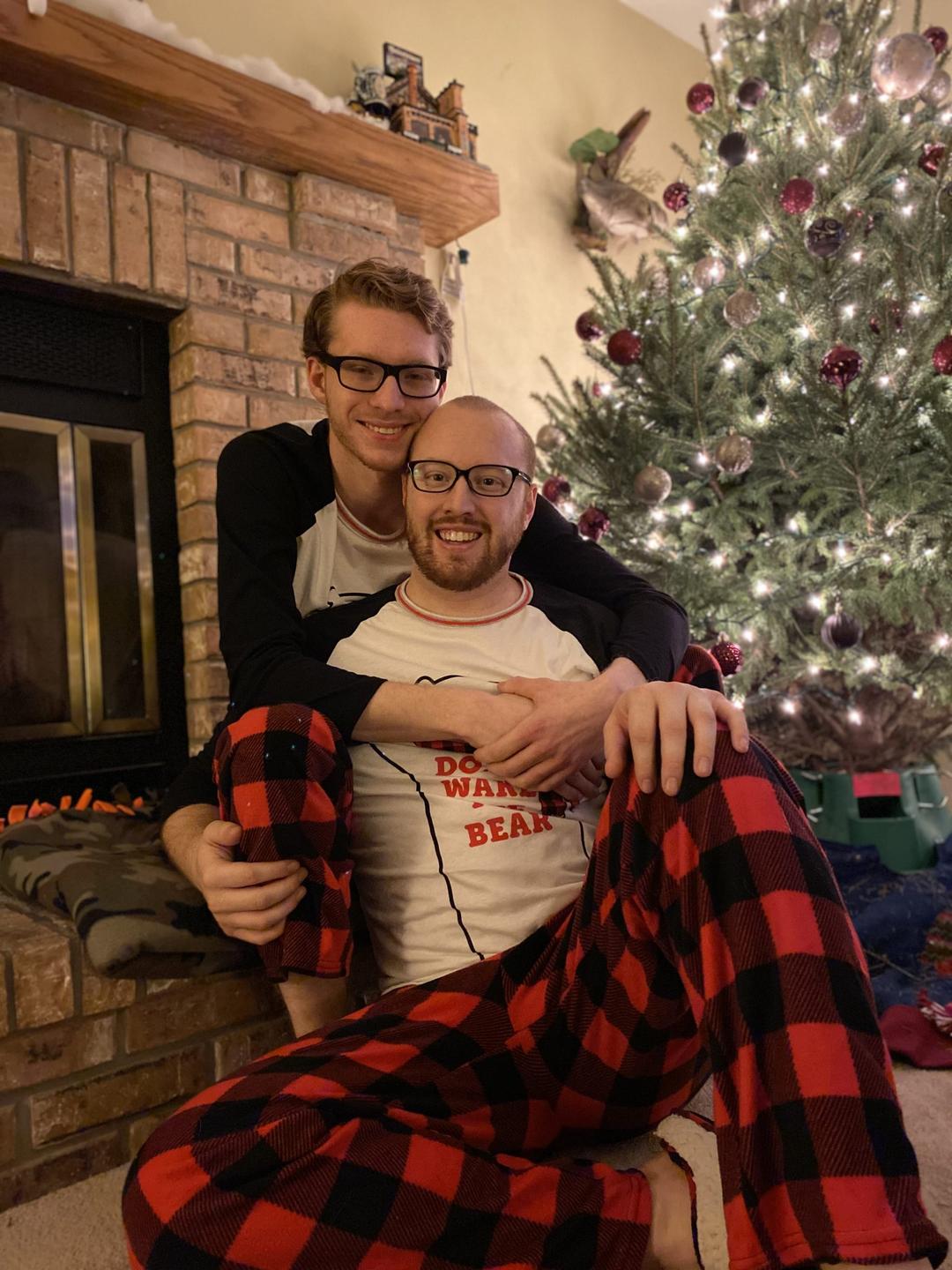 “It was a little rocky at first, but we found so much common ground,” says Anthony of his accelerated move into Tyler’s dad’s house. “We know it’s not your typical relationship where you date for months before moving in together, but I never would have thought I’d find someone like this.”

Moving at this pace also seemed natural for Tyler. “From our first FaceTime call, I knew I wanted to be with him,” he says. Now that they’re living together, even when Tyler has a bad day, “I’ll feel better just because Anthony’s here. Seeing him, I get that warm, fuzzy, feeling all over again.”

But that doesn’t mean they haven’t faced their fair share of challenges. Anthony and Tyler have come to rely on each other as their mental health support system. “We’ve both been through hell and back,” says Anthony. “I’ve had a lot of stress and depression in the last year or so, and had to cut ties with my dad. Tyler’s been there to help me through it.”

“We’ve both been through hell and back…Tyler’s been there to help me through it.”

It goes both ways: Tyler’s had his own mental health struggles, leaning on Anthony for support. “I can be happy one moment, and then all of a sudden freak out,” Tyler says. The first time he came home upset after a bad day, Anthony responded by pulling him into his arms. “He got us dinner and we just sat and talked the entire night,” says Tyler. “That’s the moment I knew that I wanted to spend the rest of my life with him.”

Anthony had the same idea, but his proposal plans were derailed after the coronavirus pandemic hit. His plan was to bring Tyler and his family to a park, having printed out pictures of all of their relationship milestones alongside notes about each one. “I had it all pictured in my head,” Anthony says. “Tyler was going to walk up to me and his family, and after they gave him the pictures and notes, I was going to get down on one knee for that whole picture-perfect moment.”

Instead, one afternoon, Anthony just went for it. He walked into the room where Tyler was working in his sweatpants, asked Tyler to stand up from his desk, called up his own mom on FaceTime so she could watch, and then proposed — without a ring.

“I figured if I don’t propose now, I might not be able to do it,” Anthony says. “I didn’t know how this year was going to pan out, if I was going to get sick, or if the world was going to end.”

Anthony did end up getting his picture perfect moment though: Once he was able to buy a ring, he dressed up and asked Tyler to meet him at Thousand Islands, a nature park not far from their Wisconsin home. At a scenic spot in front of a river, Anthony got down on one knee and, for the second time, asked Tyler to marry him. 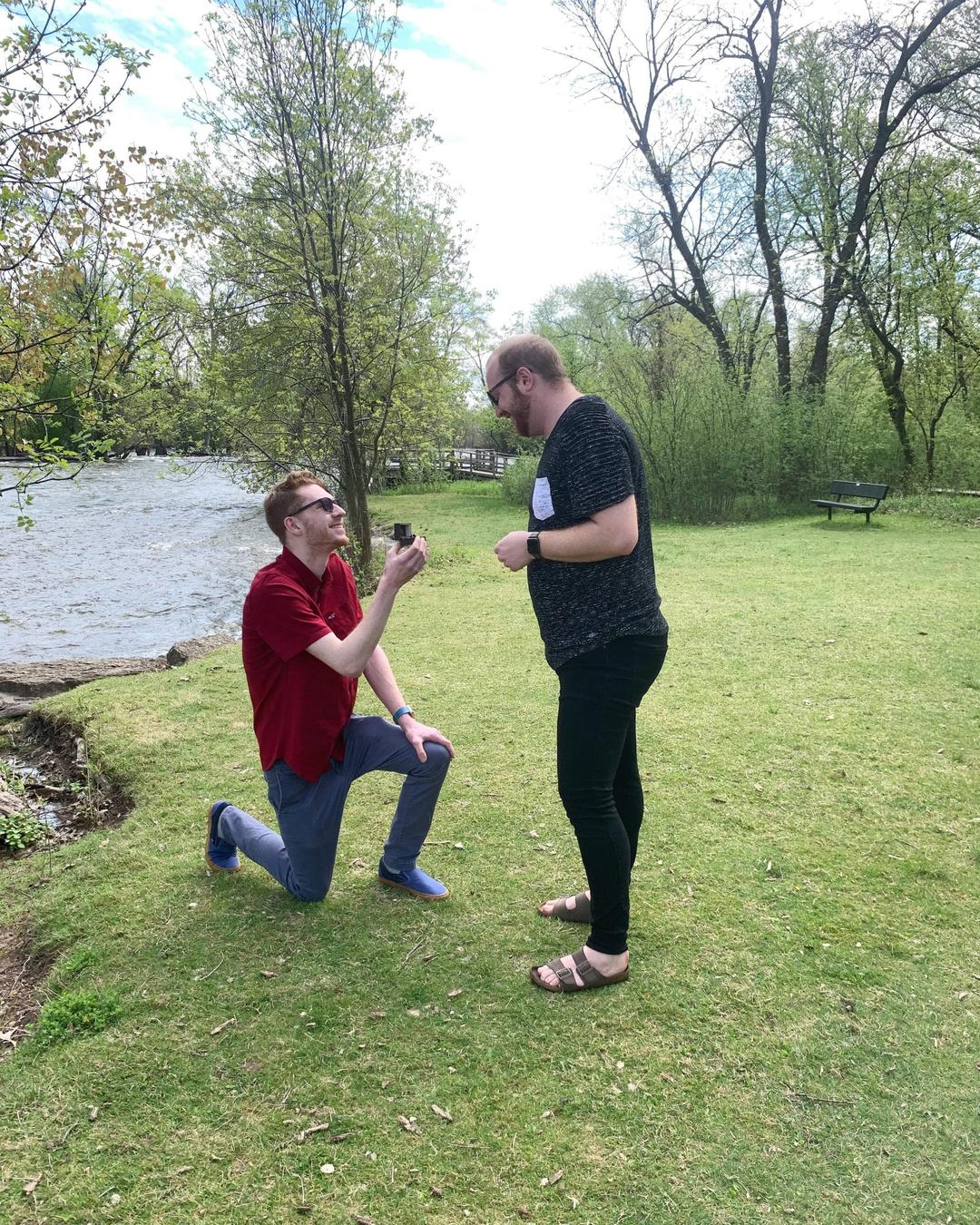 The two recently moved into their own place, and they’re planning a courthouse wedding with a big, family-filled reception in 2022. For now, having beaten so many odds, they’re just looking forward to being together.

“When I first came out, a family member said I was disgusting and called me names,” says Anthony. “But I’m still living my life and marrying Tyler. It just goes to show that I’m stronger than that, and it’s okay to love who you love.”