Aubrey and Ryan matched in November 2015 and got married May 29th, 2016! Below is their story in Aubrey’s words!

First move: What was the first message you sent on Bumble? What was his first reply back?

Aubrey: I sent him a smiley face. He sent back, “Glad you didn’t get away! Didn’t wanna miss the chance to have a chat with you!” (He actually extended the initial match because I didn’t message him within 24 hours!)

Aubrey: I was the first girl he had ever matched with on Bumble and met in person. It took about four days between matching and meeting up for us. I had been working on a music video that morning as a makeup artist and Ryan was on his way back from a weekend trip to Memphis. He said he was just having a drink at his favorite bar (The Gold Rush) and I decided to go join him.

I was so nervous, I almost didn’t go inside. Apparently I kept my cool because he later said he had no idea I was freaking out. We just chatted over drinks for a couple of hours. I guess he had done some internet research, because he totally called me out for having recently broken up with somebody! Luckily Ryan is incredibly laid back and just teased me about it. I tried to impress him by ordering whiskey and suggesting bar games. He told me that if he beat me at darts, he got to touch my butt. Long story short, he won, but he didn’t cash in on the butt touch until the third date!

We ended up hanging out for about five hours that first night and discovered we had a lot in common. Neither of us held back any details – it was definitely the most open I’ve ever been with someone I had just met. We were instantly comfortable around one another. At the end of the night, we went our separate ways. He texted me as soon as I got home and sent me a “dick pic” (it was a photo of Dick Cheney). Now I think it must have been the dumb jokes that really won me over!

Extra fun fact: Ryan actually convinced the owner of the Gold Rush to give him the exact table we sat at on our first date when they re-modeled! He saved it to give us as our first wedding anniversary present! 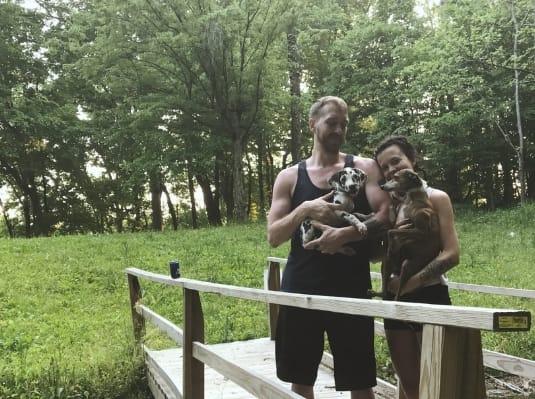 What was your first impression of Ryan?

Aubrey: My first impression was that he was super goofy! When we were messaging I was like, “This guy is kind of cocky, but he’s so hysterical! I bet we’ll get along.” Then when I met him in person, I was surprised at how chill he was. He doesn’t come on too strong when you meet him. He’s got good energy. I guess I was pretty enamored even before the first date. That’s probably why I was so nervous to meet him. It was really intense right off the bat, and that’s scary!

What was Ryan’s first impression of Aubrey?

Aubrey: He didn’t know he was about to meet the love of his life! He thought it was going to be something casual, but he ended up being such a gentleman because he really liked me and wanted to take things seriously. 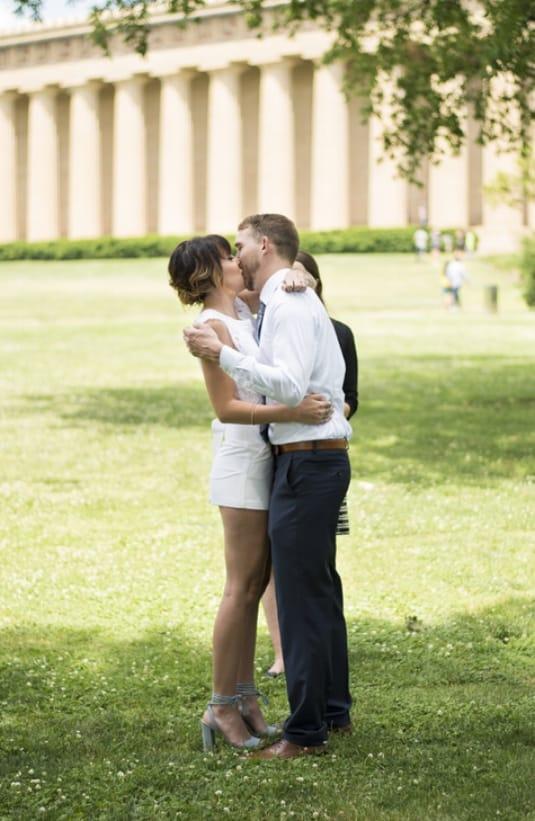 Aubrey: This was the first head over heels, passionate crazy romance I had ever had. We clicked immediately. He’s never been judgmental and I can tell him anything. We understood each other right off the bat, and we still have that. We’re just crazy goofballs – we’re constantly messing with each other and goofing around. We love to go out and act like 14 year old boys.

Tell us about the wedding!

Aubrey: We’ve been married for over a year now! Ryan planned the entire proposal and invited my family. We actually got married the next day! My sister got ordained online and married us. We chose to get married in May because we needed to wait until after football season was over – we didn’t want our anniversary falling on the same day as a big game. After the wedding was very casual – we had a pool party, I borrowed a white bikini, and we just relaxed. 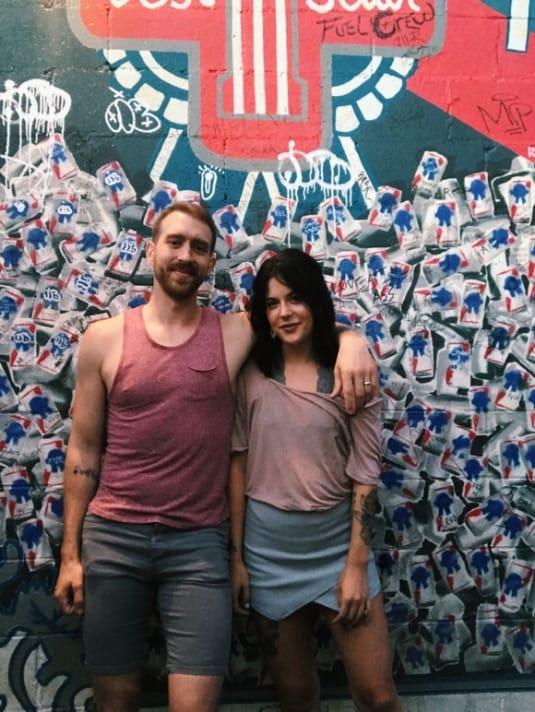 Aubrey: We just bought a house last December and went to Charleston, Savannah for our first anniversary for five days over Memorial Day weekend. We’re visiting family in Iowa for Labor Day weekend, and we’re planning another adventure for the winter. We love to travel! We went to Puerto Rico for a week right after we moved in together – we’d been together for two months and went on a vacation. It was great! 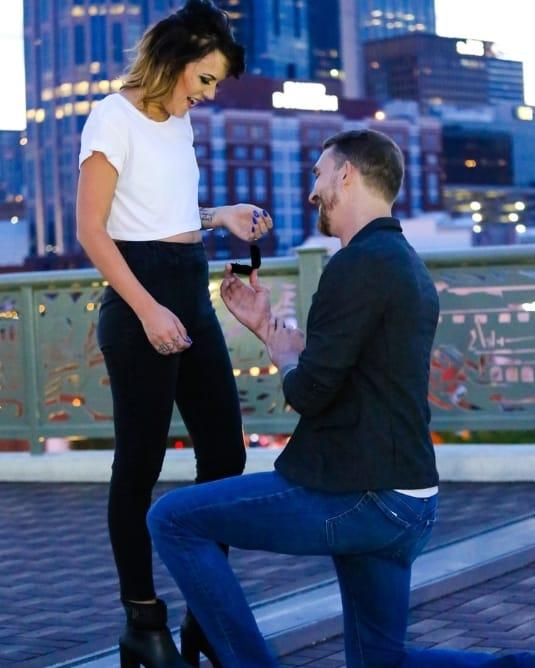 Thanks so much to Aubrey and Ryan for sharing your story with us! We’re so happy for you!

Nothing makes us happier at than seeing Bumble success stories! To submit your story, please email stories@team.bumble.com.