Stephanie and Glenn matched on Bumble on December 10, 2016. Below is their story in their own words!

Steph: Our first date was on December 16, 2016. Glenn drove to Red Wing, MN, where I live. We went out for dinner to a place called Oliver’s Wine Bar, but we hardly ate anything because we were so busy talking!

Glenn: One week. I drove through a Minnesota blizzard for an hour to get to Stephanie’s. When we met in the doorway and saw and heard each other other for the first time (we stayed off the phone to build suspense), we went straight into a great big hug. We went to downtown Red Wing to Oliver’s Wine Bar and ordered a Salmon Flat Bread to share and some wine. We didn’t even finish half of the flat bread because we talked so much. We talked until they closed. Afterward we stepped out of the bar and into the snowfall in a pretty old town that came straight out of Norman Rockwell painting. It was then we kissed for the first time. It was magic!

Tell us about the first move! What was the first message you sent on Bumble?

Steph: In his profile, Glenn said he was going to be transferred to Europe. My first message to him was: “Interesting! Where are you going to live in Europe?”

What about the first answer? What was your first reply back? 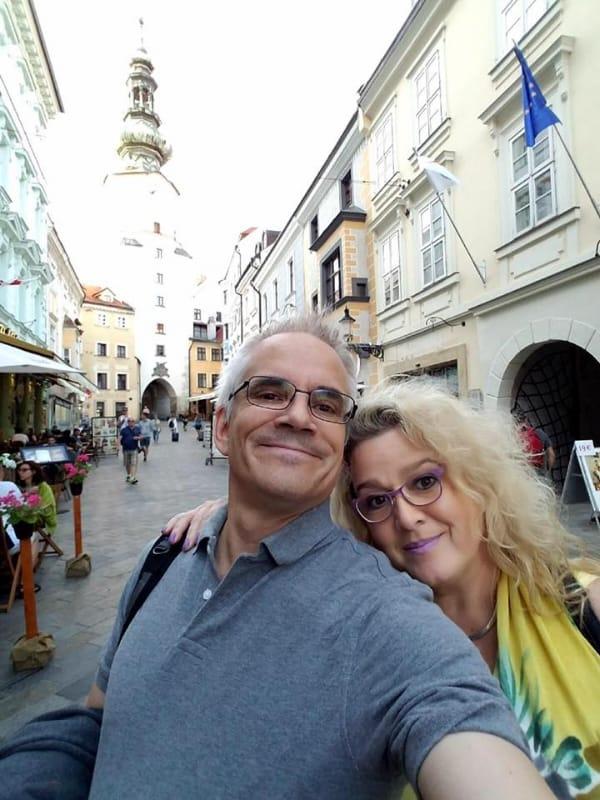 Steph: Conversing with him was completely natural and easy! I felt like we were completely on the same wave-length. ☺

Glenn: We immediately found we shared many things: We both had been to Bratislava. (How many people do you know that have been there?) She was the first person I ever met who had also been there. We both speak German, although Steph is better at it than I am. We even switched messaging apps for a while so we could text in proper German. We both have the same Myers-Briggs personality type – ENTJ. This is the least common personality type among women, but we both have it! We had so many things in common that were long shots, it was crazy. 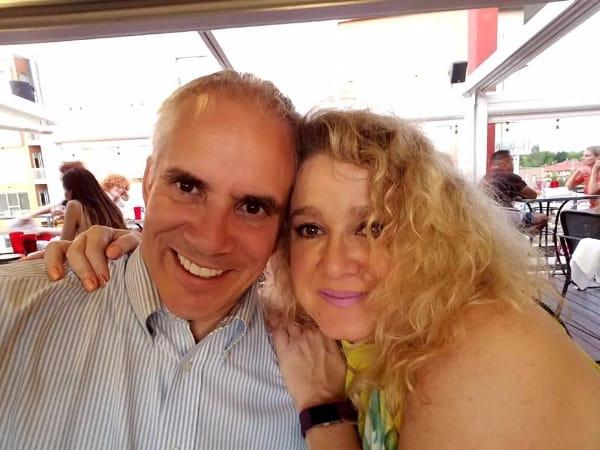 Stephanie, what was your first impression of Glenn? How did you feel before the first date?

Steph: Before the first date, I felt we had a very strong connection. We had so much in common! We had traveled to some of the same obscure places (like Bratislava), both speak German, and are both makers. My first impression when he came to pick me up and I opened the door to greet him was that seeing him nearly took my breath away! I thought he was so handsome and had an amazing smile.

Glenn, what was your first impression of Stephanie? How did you feel before the first date?

Glenn: I felt like she was someone who could be companion for me in my life’s journey. We share the same values and have the same priorities. (Yes, we messaged that much before the first date.)

What do you consider a unique aspect of your relationship now?

Steph: I think the unique thing about our relationship is the fact that we have so much in common. We truly love to do the same things; what’s more, we’re both willing to try new things, especially if it makes the other happy.

Glenn: We’re so happy together! We take walks everyday and just talk and talk. 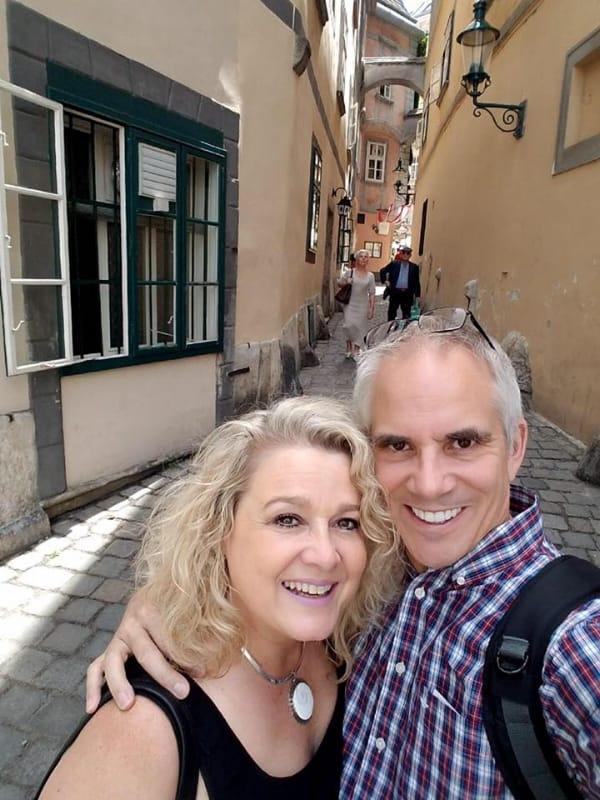 Steph: We’ve just returned from a two-week trip to Europe where we visited Austria, Germany, and Slovakia. It was the trip of a lifetime! We’ve also started taking dance lessons and have a “maker’s room” set up with all our stuff, so we can create stuff together. We’re living together and loving life.

Glenn: We just got back from a two week trip to Vienna and Bratislava. Next month, we’re going to see the total eclipse of the sun together in Lincoln, Nebraska. We’re living together and just enjoying the heck out of each other. We’re plotting our next big adventure now!

Thanks so much to Stephanie and Glenn for sharing their story! We’re so happy for you two!

Nothing makes us happier than hearing Bumble success stories. To submit your own success story, email stories@team.bumble.com!