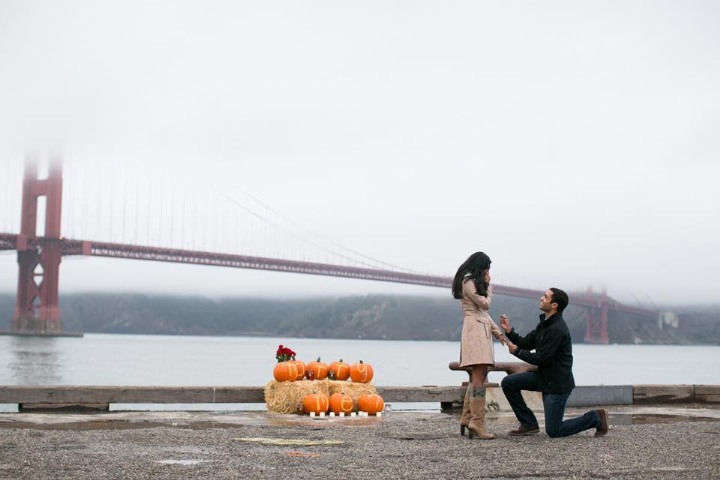 Vidisha + Varun's story, as told to Bumble by Vidisha...

Almost two years ago, I moved to Austin, TX. Not familiar with the city life, nor the weirdness of Austin, this small town Mississippi girl had no idea what to do - other than work 8-5 and come home to a randomly selected roommate. After a few weeks of getting comfortable with the lifestyle in Austin, my roommate and I downloaded Bumble to pass some time. Crazily enough, this changed my life. Something I never thought that would come from a dating app, did.

Yes, Bumble is the reason I am getting married in October of 2017. INSANE.

It’s funny because on Bumble, I had a strict rule that I would only talk to someone who extended the match. Varun, my fiance, did not extend the match! After I swiped right on him, it was an immediate match, and I fully expected him to extend. Almost 23 hours later... he didn't extend. And I REALLY wanted to talk to him. I was thinking to myself: such a good looking guy, there is no way I am going to let this pass. So, I broke my rule and messaged him on September 28th.

He claims his Bumble philosophy was never to extend a match, no matter what, but he was ready to “track me down on social media if I let the time run out.” I have the screenshot of our match he sent to our friend to prove it! HA!

So, after matching, we talked a bit and when we finally went on our first date, it was history after that. We went to dinner and then a bar where he lost in Jenga embarrassingly in front of a crowd. Somewhere along the line, we fell in love.

This last year and a half have undoubtably been the most cherished moments of my life.

We flew out to San Jose to visit his parents for Diwali. He took me to Baker's beach to walk around, as I had never been to San Francisco. He was telling me how I mean the world to him and how much he loves me (I didn't pick up on anything because literally, he tells me how lucky he is all the time). An hour later, he told me that we have to pick his sister up from the pier, so we drove there, got out of the car to check out the scenery, and ahead of me stood these carved pumpkins (it was halloween), candles and roses. The pumpkins spelled ‘Marry Me?’

I couldn't believe it, as I went to hug him, he told me to look on my other side, where my parents, his parents, sister and grandmother stood. My mom was crying like a kid! Immediately I started crying. Varun got on one knee and grabbed my hand and asked me to marry him. I nodded yes and it was the best moment of my life!!

Seriously can't believe this all happened from swiping right on Bumble.

Thank you so much for sharing some of your story with us - we are so happy for you two! Congratulations and so much love from The Bumble Hive!

Nothing makes us happier than seeing Bumble success stories! To submit your story, please email stories@team.bumble.com!