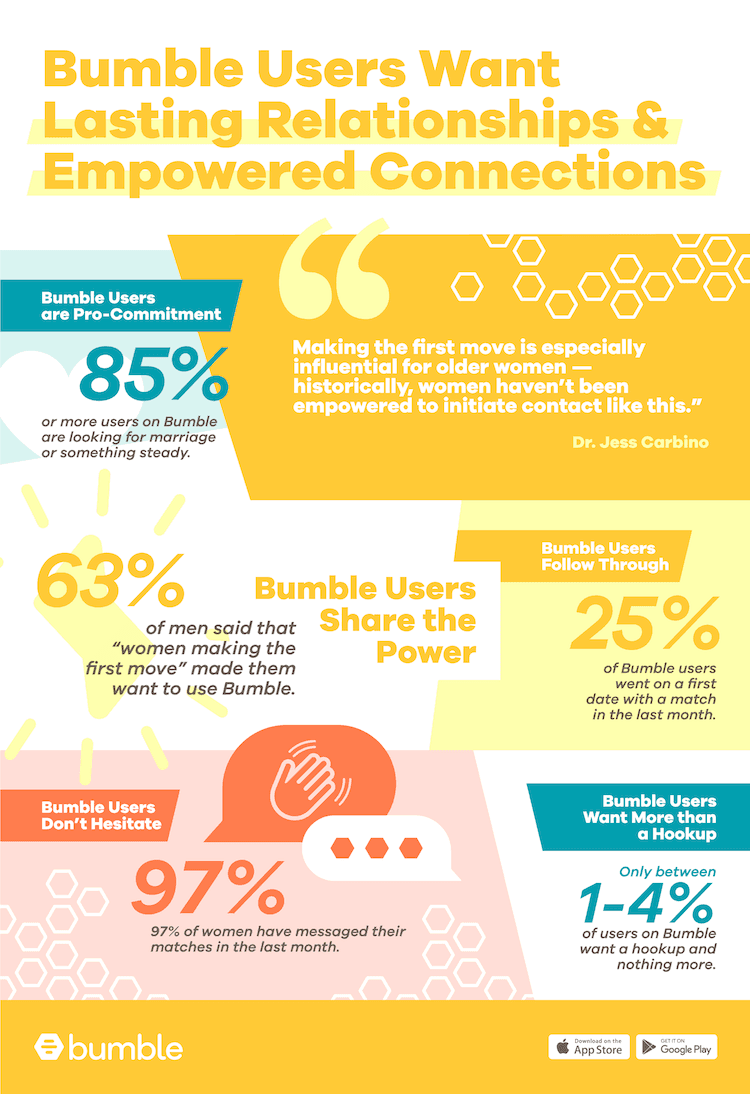 In an era of constant communication, consumption, and connectivity, our users are telling us loud and clear that they’re completely burned out on bad relationships. In fact, we’re going so far as to say that, based on national survey we conducted in March, the hookup era is over. What the data points to, instead, is the desire for meaningful relationships — no matter the form they take.