Whitney Bischoff, former contestant on the 2015 season of The Bachelor, just got hitched – to a man she met on Bumble!

Whitney is a fertility nurse who was engaged to former Bachelor Chris Soules at the conclusion of Season 19, but the two called off their engagement in an amicable split two months later.  Whitney then casually dated until she matched with her now-husband on Bumble on 9/24/15. Two years later, the happy couple tied the knot on October 21, 2017!

In an exclusive People interview about her gorgeous Cape Cod wedding, Whitney said that she knew she would marry Ricky Angel the moment they met. (We love the idea of love at first swipe!) They announced their engagement on Whitney’s Instagram in July 2016. 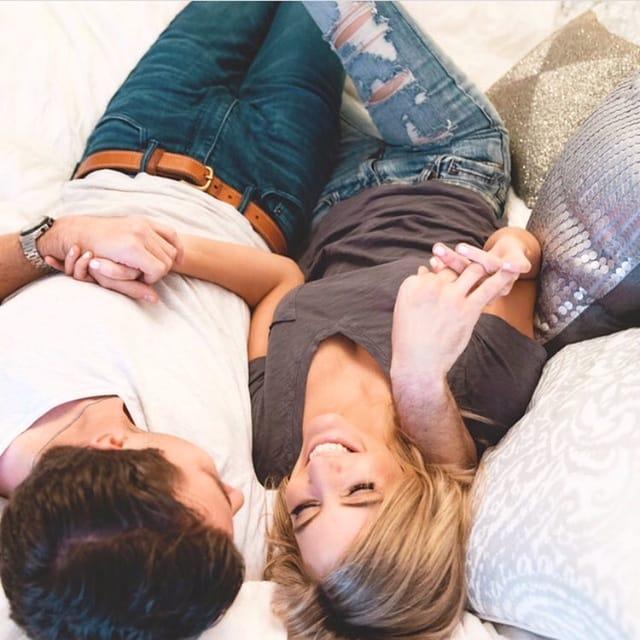 Whitney’s caption to this adorable pic on her Instagram celebrating the anniversary of their first date:

“This one time, on 9/24/15, I went on a bumble date and met a really cute guy. He actually looked just like his pics!! He made me laugh. And he made me feel like I could be myself. He didn’t care about my past. We were just two kids living in the moment. Fast forward 2 years & we are ready to get hitched in a matter of days. Life is a crazy ride, thanks for hanging on with me @rickyrange16 Happy National “when I met you” day! ?: @carlymphotography

We’re beyond happy for Whitney and Ricky – Bumble success stories are our favorite thing. Congratulations to the happy couple!