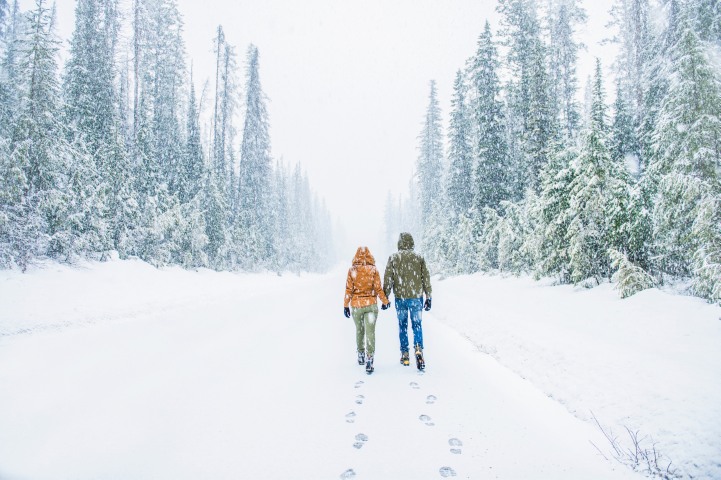 Bumble Marriage Proposal: A Winter Wonderland and Snowball Fight Lead to a 'Yes'

Early last fall, we received an email from a neurosurgeon named Brenton in New York City. He told us of the love he’d found with the amazing woman he met on Bumble and his plans to marry her.

She just didn’t know it yet.

In the weeks that followed, we corresponded with Brenton while he was on a trip to Africa performing surgery pro-bono. Even though his girlfriend Michela was there with him, we managed to keep communications under wraps while receiving regular updates on the inspiring work Brenton was doing and what it was like having his person by his side.

When Brenton described their relationship and life together, he was sure to credit Michela as the expert planner of any and all things. As a successful entrepreneur, she knows how to strategize and execute. For a welcome change and show of gratitude, he wanted to plan something entirely around her. Enter: The proposal.

To completely stun Michela, Bumble worked with Brenton to plan a proposal inspired by the couple's love of the holiday season. Together, we converted a warehouse in Brooklyn that into nothing short of a winter wonderland. Under the guise of going to a coworker's holiday party, Brenton lured Michela to the location. The moment she walked in the door hand-in-hand with Brenton, a spectacular snowball fight ensued. The people pelting the fake snow? Her friends and family who had driven and flown in to surprise her.

It was such a special moment to witness, and we’re so thankful Brenton reached out to share the story of how he and Michela met two years ago. He says that, having been in the residency portion of his medical career, he never would have met her on his own. Brenton was Michela's first swipe, first match, first move, and first date on Bumble. She's a woman who knows what she wants, and we fell in love with her for it. The rest, as they say, is history. JK — now they have a wedding to plan, and we couldn't be happier for them!