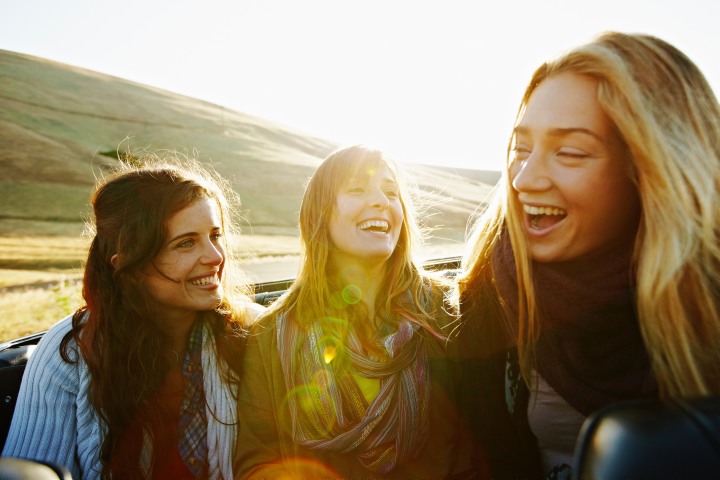 “There’s a very special place in hell.” Madeleine Albright once said, “for women who don’t support other women.” It’s a nice sentiment. And yet if it were true, most of us would be burning at the fiery gates. That’s because most of us have been a Mean Girl at one point or another. According to a 2011 survey by the American Management Association, 95 percent of women have felt undercut by another woman at work. Which means that… most of us have likely been the ones doing the undercutting, too.

It’s not entirely our fault. Women are taught to compete against each other from a young age — first for romantic partners, and then later for jobs. It’s understandable, in a way: if there are only few spots for women at the top, and only a few token women, then why wouldn’t we view those other women as the competition? But here’s the rub: We don’t have to be Mean Girls. It’s possible to overcome our urge to compete with other women — and start working together. Here’s how:

Yes, women do sometimes undercut each other. And research tells us that conflict between women is also perceived differently than conflict between men. You know what I’m talking about…when two women have an issue at work, it’s a “catfight” — irreparable and worthy of a grudge. But when men have conflict? It’s simply a disagreement, or part of doing business. Also, despite studies showing that men engage in things like gossiping and social exclusion at similar or even higher rates than women, we are still widely stereotyped for being meaner to one another. So: next time you see two women with a conflict, don’t assume it’s not something they’ll come back from!

Americans may think they prefer male bosses — by an average of 33 percent, no matter their gender or education level, according to a recent Gallup poll. And yet if you dig deeper into that data you’ll find a revealing caveat: that the majority of people who say they prefer having a male boss have never actually had a female boss. Those who had worked for a woman before in fact preferred reporting to women! So help your fellow woman out and give her the benefit of the doubt.

Treat Women As Allies, Not Enemies

The only way that we truly break down the tendency of women to compete against one another is to get more of them in power. (Imagine, if the workplace was entirely female, wouldn’t it be men who would be the ones competing?). Do your part when you can: Hire women. Promote women. Mentor women. Remind yourself that the more women there are in your office, the better off women and men will be. (Yup, companies with more women on their boards have more female executives; more female CEOs or chairs means women in leadership — and better paid female leaders, at that. And the more female leaders there are, the more supported both junior and senior women feel.) See? The problem isn’t other women. It’s a system that pits us against one another.

It’s what besties Ann Friedman and Aminatou Sow, hosts of the podcast Call Your Girlfriend, call “Shine Theory” — the idea that another woman’s success, or shine, is going to make you look brighter, not duller, by comparison. So instead of competing with awesome women or feeling jealous of their success, surround yourself with them — and bask in their glow.

Even if you don’t like her, show her that you’re there for her like an underwire bra. If you find yourself in a mean girl’s bull’s-eye, address conflict directly. Did you get off on the wrong foot? Invite her out for a drink. Tell her you want to be on the same team. Ask if you can clear the air. Make her your ally, not your enemy. Let’s try and remember to lift each other up, because when we do — we all benefit.

---
Jessica Bennett is the author of Feminist Fight Club: A Survival Manual for a Sexist Workplace, from which this essay is adapted. Check it out in the Bumble Bee-Tique for more workplace tools and tips!