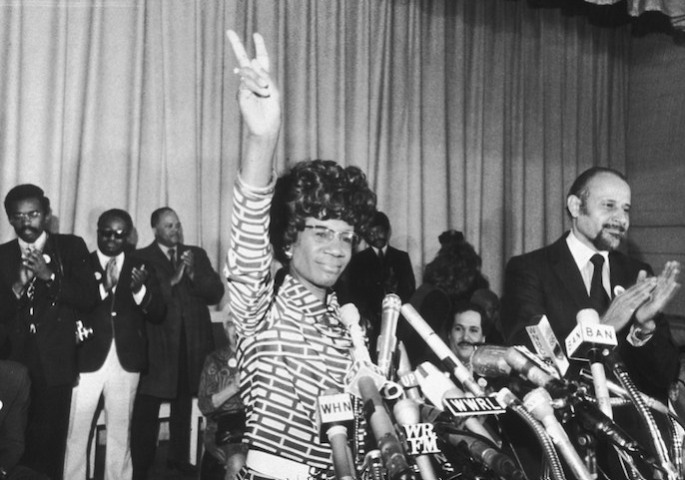 In 2018, we’re witnessing a #blackgirlmagic renaissance. Black women directors, creators, actresses, writers, and activists are finally being hailed as the arbiters of culture they’ve always been. We’re seeing the cast of blockbuster Black Panther — which includes female powerhouses Danai Gurai and Lupita Nyong’o — on magazine covers and talk shows. Ava DuVernay, Issa Rae, and Lena Waithe are the names on every Hollywood producer’s hot list. Outside of the entertainment industry, black women have been reaching new milestones — like Vi Lyles, who became the first black woman mayor of Charlotte, NC during November’s election cycle.

To appreciate the strides these modern-day women are making, we must recognize the work of those who came before them, overcoming systemic racism and institutional barriers to achieve greatness. In honor of Black History Month, here are 10 black women who changed the game and paved the way for the #blackgirlmagic we see today.

An investigative journalist who led an anti-lynching crusade in the 1890’s, Wells revealed the graphic racial injustices occurring in her own post-war South through various publications. Despite near constant death threats and having her newspaper burned down, she continued to fight against unjust black murder through her publishing houses, Memphis Free Speech Headlights and Free Speech, until her death in 1931.

Most Americans are familiar with Hurston’s most well-known book, Their Eyes Were Watching God, but little know this cornerstone of American literature was written by a black woman. An influential  author and anthropologist, Hurston was considered a literary great who helped document the black experience during the Harlem Renaissance.

Baker served as the national director of the NAACP, but despite her high position, she was most known for her quiet leadership strength. Content to further the fight for Civil Rights without public recognition, she rejected the limelight and instead focused on empowering America’s youngest black generations to resist racism and intolerance on their own through the Student Nonviolent Coordinating Committee (SNCC), which had a large influence on subsequent youth-led movements in America. Her work with Dr. Martin Luther King, Jr. helped bring about the Civil Rights Act in 1964.

Known as a hallmark of the Harlem Renaissance and one of the greatest jazz singers of all time, Holiday’s influence on jazz as an artist helped transform the entire genre.  Although she enjoyed huge success and performed in segregated clubs, she struggled to overcome the racial barriers in the entertainment industry. Her most famous songs “Strange Fruit” and “God Bless the Child” have been covered by many artists since their conception in the 1930s.

A brilliant poetess who had nearly 75 published poems under her belt by the age of 16, Brooks went on to receive the Pulitzer Prize in 1968 for her prized book of poems Annie Allen, making her the first black recipient of the award. Her work documented profound introspective musings on race, the changing times, and stages of life.  She later went on to receive nominations for numerous awards for her literary work including the National Book Award and the Eunice Tietjens Prize.

Strikingly beautiful and incredibly glamorous, Dandridge was the first black woman to be nominated for an Academy Award for Best Actress. An activist in her own right, Dandridge brought attention to the struggles she faced as a sought-after black actress and singer by defiantly sticking her toe in a “white-only” swimming pool at a famous Las Vegas hotel, only to have the management drain it as a response.

Told she’d “never run again” after contracting polio and wearing a leg brace for the first few years of her life, Rudolph’s unmatched persistence helped her become the first American (and black) woman to win three consecutive gold medals at a single Olympics in 1960. Her still-unchallenged record and effortless running stride gave her the famous nickname “The Black Gazelle.”

“Flo-Jo” brought intense speed and unparalleled style to the Olympic track. Considered the fastest woman on earth, she attained her world records in the 100- and 200-meter events in 10.49 seconds and 21.34 seconds while wearing her beloved tight, brightly colored bodysuits and six-inch nails. Over 30 years later, her record remains intact.

As the highest-ranking African woman in the United Nations, Anna Tibaijuka embodies political excellence. Born in Tanzania and educated in Sweden, Tibaijuka’s intelligence and international experience elevated her to executive of the UN-HABITAT program. As head, she fights for the rights of poor women living in slums without homes. Under her executive direction, the program has flourished with an increased budget and expanded reach.