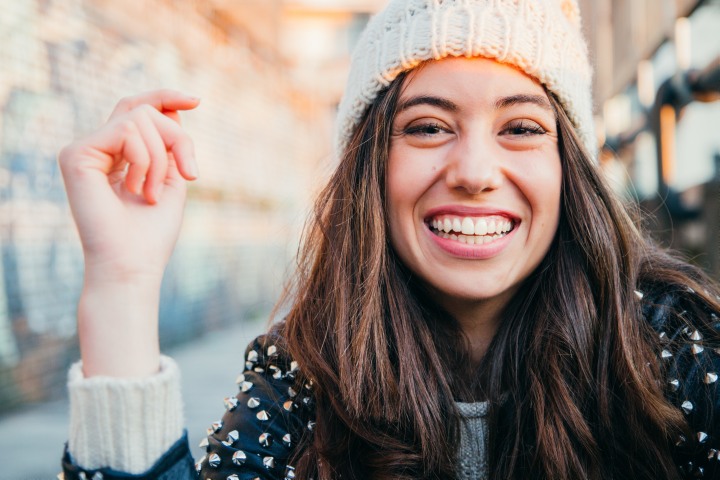 8 Things to Know Before Dating an Only Child

Every time I tell someone that I’m an only child, I usually get a little side-eye in return. “Oh really?” they say, “How was that?” It’s as if I told them I lived on Mars for the last 10 years.

Still, after nearly 30 years of life, I've realized I do have some particular traits that play out in my romantic relationships, for better or worse. Here are some truths about only children that you’ll probably notice if you date one of us, whether you’re on a first Bumble date or in a long-term relationship.

Only children tend to be more on the quiet side. When I meet someone in a big group, or in a public setting like work or a party, I may come across as shy, standoffish, or “intimidating,” as I’ve been told more than once! Whoops. But I know I’m much better talking with people one-on-one, and actually love meeting new people (just in smaller settings!).

I may never be the girl chatting up random people in a bar, but I am great at chatting up my dates! Thanks to flying solo a lot while growing up, only children tend to develop some cool interests and hobbies and I think most of us are generally curious types. I’ll be interested to learn about about almost any topic you can bring up on a date (except maybe chemistry or tax laws), and I’m a great listener. Plus, I’ve been making adult conversation since I was like 5-years-old, so I’ll be excellent at chatting with your parents, too.

Read on: Connecting with Strangers Might Be the Most Loving Thing You can Do

As a child, I learned the art of entertaining myself. As an adult, I’m still more than happy to do my own thing and spend time on my own (hello, face masks and books in bed!)  I’m not overly needy or dependent on someone else for my happiness.

The flipside of being an independent woman? That “me-time” is a non-negotiable. If I feel like I haven’t had enough solo time to recharge, I sense myself getting a little on edge and anxious. Since I’ve realized this, I’ve gotten better at telling people in my life when I need to just be by myself for a while.

Growing up, most only children develop an insanely close bond with our parents. We know how it feels to receive a ton of love, support, and attention (even if it can feel like too much sometimes!). Since we know how good it feels to be totally supported and adored, we like to pass those loving vibes onto our special someones later in life.

Alright, I’ll admit: Sometimes it’s hard to remember that my way isn’t the only way. In relationships, I’ve had to understand that people have different ways of showing they care. Not everyone is going to respond to texts in the same way (or same timely manner) as I would. Not everyone is going to have the same idea of a fun Friday night. And that’s okay. (Hat tip to Gary Chapman’s The 5 Love Languages, a must-read whether you’re an only child or not!)

6. Big families can intimidate us.

I’ve tended to date guys from large families. But I’m not going to lie: Seeing their tight bonds with their siblings, and holding my own around a loud lively dinner table, freaks me out a little bit. Still, I like the idea of joining a big family — and like most only children I’ve talked to, I do hope to marry into one. Bring on the raucous Thanksgiving dinners, just give me some time to warm up.

Of course no one really likes to fight, but only children tend to be particularly conflict-averse, experts say. Maybe it’s because I never had to deal with daily screaming matches among siblings, but I tend to avoid confrontation at all costs… until something necessitates it. That isn’t the best strategy, and as I’ve had to learn (sometimes the hard way), calm, effective communication is key.

8. You’ll become a big part of our lives.

We don’t just date anyone. As I wrote in #3, I’m totally cool being alone—so getting into a relationship is an intentional decision, not just a fun distraction. When I decide to bring someone into my life — into my personal space, into my small family — it means they’re someone who means a lot to me. And while we may expect a lot from you, we’ll give you a lot in return.