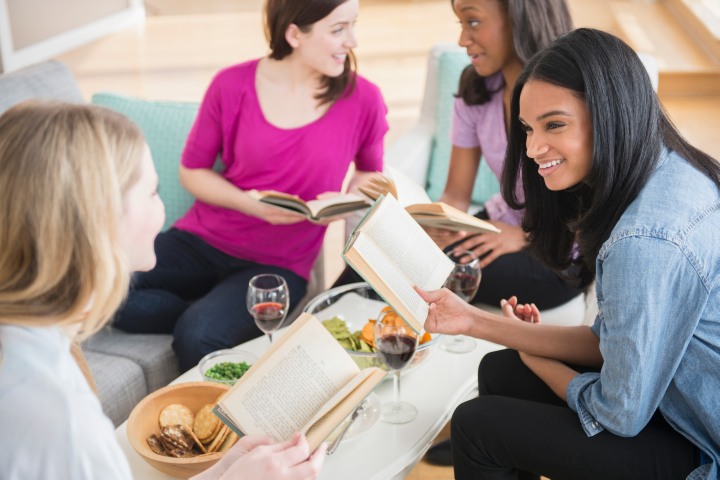 Welcome to the June meeting of the BFF Book Club, presented by Bumble BFF and Indigo!

This month, we’re devouring The Seven Husbands of Evelyn Hugo by Taylor Jenkins Reid — the can’t-put-it-down novel about a now-reclusive actress and the highs and lows of her life in Tinseltown.

Want to join the club? Get 50% off when you grab your copy at Indigo, now through July 1. Match with our BFF Book Club profile on Bumble BFF to get the code.

The novel centres on Evelyn Hugo, an icon of the golden age of Hollywood whose personal life was as juicy as her big-screen roles. The pilgrimage to Los Angeles in the ‘50s. The complexity of being a woman of colour in a white man’s world. The seven husbands. The exodus from Tinseltown in the ‘80s.

But now Evelyn is an aging recluse. Which is why it’s surprising when she decides it’s time to pull the curtain back on her glamorous, often scandalous life. What’s more surprising is who she chooses to tell her story to: unknown magazine reporter Monique Grant. But as the two women talk and listen, it becomes clear that their lives intersect in more ways than one.

The Seven Husbands of Evelyn Hugo is more than just a beach read about old Hollywood drama. It’s the story of one woman’s dogged ambition, her fight for respect, and a forbidden, life-changing love.

Intrigued? Open Bumble BFF now and get your exclusive discount code to use in-store or online.

And if you want to start a book club of your own, use the Seven Husbands discussion questions below to get the conversation rolling.