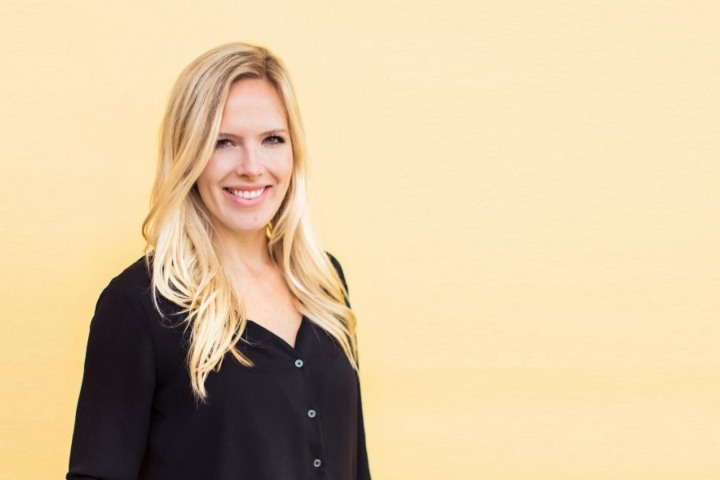 How would Chelsea Maclin, Bumble's VP of marketing, sum up her dynamic, cross-functional role? "All the things," she says, laughing. Chelsea indeed has a demanding, high-profile job leading Bumble's global marketing strategies and initiatives, focusing on multinational campaigns, brand marketing, experiential marketing, and integrated brand partnerships. She helped launch Bumble Bizz in 2014 — our newest mode, which flips the idea of networking on its head, making it easier and more accessible for everyone.

Recent surveys suggest some 80% of jobs are found not on job boards, but through networking. This stat holds true for Chelsea herself, who found her way to Bumble with a little help from Facebook. Although they weren’t close in college, Bumble CEO Whitney Wolfe Herd and Chelsea are both alums of Southern Methodist University and, eventually, their paths crossed digitally. After seeing a post from Whitney on Facebook about an opportunity with Bumble, Chelsea wasted no time reaching out to her fellow Mustang. And, obviously, it was a match!

“That example demonstrates the importance of digital-first networking, staying connected, and using the tools at our fingertips,” Chelsea says, “but also how you can build your business and develop career opportunities through connections.”

A believer in the power of networking, Chelsea shares helpful tools and advice so that you too can harness its power.

But what if we don’t have a Whitney in our life? Is it really all about who you know?

“It’s not all about who you know — it’s all about who you connect with. Bumble Bizz democratizes who you can get in touch with. How rare and amazing is that? Women are still in the driver's seat on Bizz and have the opportunity to make the first move and connect with someone on a personal level. There’s no other platform that does that.”

What kind of networking style propels someone to be a VP at Bumble?

As a new mom, Chelsea leans on Bumble Bizz so that she can network on her own time, often meeting up with connections once or twice a month at a local coffee shop.

“I have no shame in asking people to connect me with other people they know, offering connections to my network, or asking to be part of a conversation I’d find stimulating. You have to get uncomfortable and ask for and be willing to provide those opportunities. Plus, digital networking is so much easier than networking in person. There’s no intimidation factor. If you’re an extroverted introvert like me, networking events can be exhausting. Some people shine in that atmosphere and that’s awesome, but I find it uncomfortable. This is Bumble Bizz’s hack! We’re flipping the idea of networking on its head. You don’t have to be physically present, you don’t have to set up 3 hours, you don’t have to do it every single week. You can network digitally and take advantage of micro-mentorships.”

Say you’re at a conference for work. How can you make the most of Bumble Bizz?

“First and foremost, update your profile. Update your photos and update your bio so that it’s time-relevant, sharing which conference you’re attending, and what you’re hoping to accomplish. Also what knowledge you’re willing to share, because networking is about learning and giving. Be really clear about what you’re hoping to do, too. Do you want to meet up for coffee? Do you just want to message over Bumble Bizz? If you’re comfortable with it, say where you’re going to be, for example ‘I”ll be at the mentorship booth at this time and would love to meet as many people as possible.’ Set your intentions.”