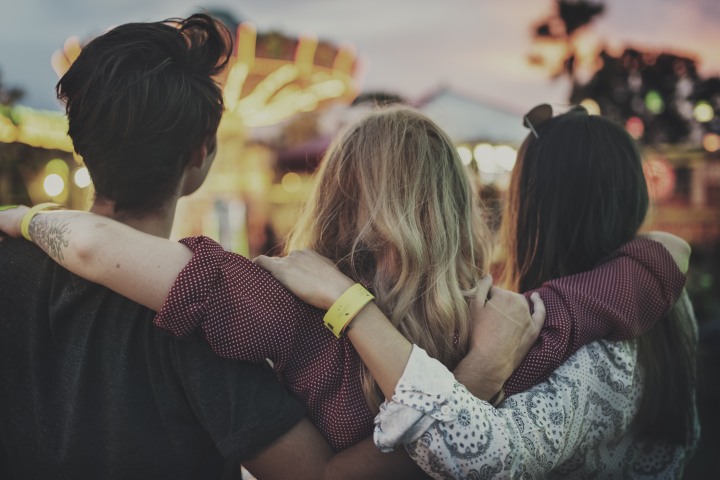 Have you ever seen "asexual" or "aromantic" on a dating profile and wondered what exactly that meant?

An asexual is defined as "someone who does not experience sexual attraction." However, there's great diversity within the asexual community in terms of relationships, attraction, and emotional arousal. And it isn't the same as celibacy; that's a choice, while asexuality is a sexual orientation.

"To me, being asexual means I'm incredibly comfortable and content without having a sex life for reasons that have nothing to do with morality or ideology," said Nege*, the resource and education director for the project team at the Asexual Visibility and Education Network (AVEN), an online resource as well as home to an expanding asexual community.

“It means I don't have any intrinsic reason to seek out sexual intimacy." Nege clarified that it's "normal and healthy" for her to neither want sex nor "be drawn to having sex with other people, because that's just who I am."

Understanding What It Means To Be Aromantic Versus Asexual

While some asexual folks do desire romantic relationships, Nege does not. Asexual people "may seek the same lifelong fulfillment of being in a loving partnership with someone they connect with on a higher level that sexual people do, but without sex being a part of it for them," she explained.

If you're the partner of someone who is asexual, that doesn't mean never having sex. Some mixed couples are formed of one sexual partner and one asexual partner. For mutual satisfaction, some compromise might be needed.

Netflix and No Chill?

Tom*, a 38-year-old asexual/aromantic software engineer near Seattle, created the online Asexuality Archive to provide an archive for "all things ace." ("Ace" is sometimes used to reference asexual people in the same way as "gay" or "straight," while "aro" is short for "aromantic.")

Although the "textbook definition of asexual is someone who doesn't experience sexual attraction," Tom clarified that it's "more that I don't really have a connection with sex." He tried sex, but "found it kinda boring."

Tom described the different types of relationships that aces enjoy, from married with kids to living with BFFs to living alone and having "a committed relationship with both sides of their bed."

Aces who look for relationships want what most people desire, added Tom: "A caring, understanding partner with shared interests and a strong emotional connection." However, aces probably desire "less sex than other people tend to want...strictly Netflix, no 'chill'," he joked.

Tom cautioned that "one thing many aces don't want in a relationship is to have their time wasted." If you see a dating profile where the person says 'I'm asexual,' and the prospect of little to no sex is a relationship deal breaker for you, then swipe left and move on.

Read on: Putting Yourself First

He considers "one of the most insidious and horrible" myths to be the misconception that "sex will 'cure' asexuality. It won't, because asexuality is a sexual orientation and there's nothing to 'cure.'"

Tom and Nege both expressed enthusiasm for Pride Month. As a supporter of LGBT+ rights since her teens, Nege is happy to see asexuality "on the radar of my local Pride events."

2018 will see "an ace group marching in the Seattle Pride Parade," noted Tom. The asexual community has the chance during Pride Month "to ditch the invisibility cloak and show the rest of the world that we exist.”

*We’re only using first names to protect the privacy of our sources.