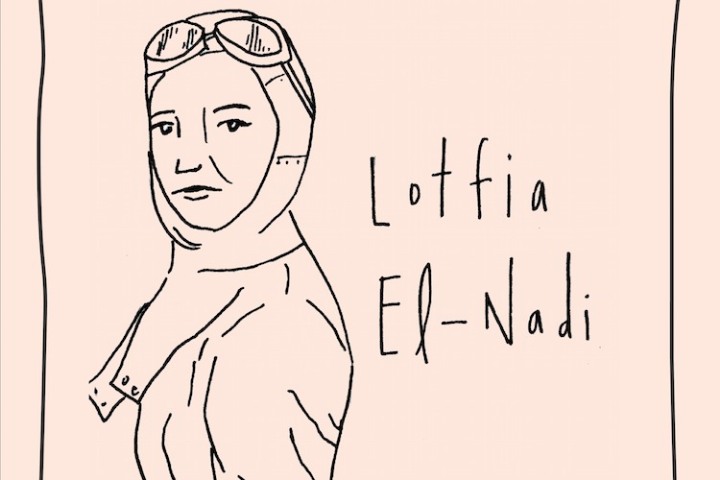 Introducing the First Movers Club and its First High-Flying Inductee

Editor's Note: This Women’s History Month, Bumble is celebrating women from all walks of life, across centuries and generations, who didn’t believe in sticking to the rules. These founding members of our First Movers Club didn’t let gender norms — or anything else! — hold them back. They left their mark by making the first move, and the world is a better place thanks to their bravery and boldness.

In 1933, as Amelia Earhart was winging her way into America’s hearts, Egypt’s Lotfia El-Nadi was secretly taking flying classes (against her strict family’s will), becoming the first woman of Arab descent — and the first in Africa — to earn her pilot’s license. She went on to win air races and became a feminist icon in Egypt, inspiring Middle Eastern women to take to the skies. “I learned to fly,” she once said, “because I love to be free.”

We celebrate El-Nadi's legacy this Women's History Month and welcome her into Bumble’s First Movers Club. Keep reading to learn more about El-Nadi — someone who literally proved that, when it comes to women's achievements, the sky's the limit.

Keep up with us this March to find out which other phenomenal women will join the club.